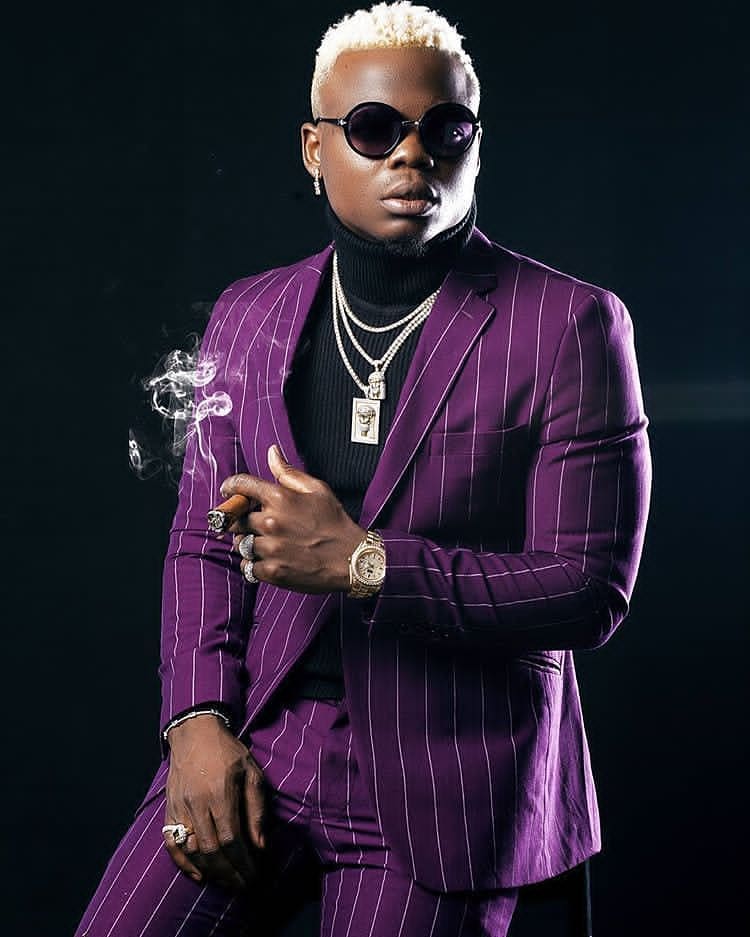 Harmonize Biography, Age, Girlfriend, Songs List , Instagram, New Song , Latest
News.News.Harmonize Biography
Harmonize born Rajab Abdul, is a Tanzania recording artist, songwriter, and performer. Konde Boy is a bongo Flava and afro-pop singer born in Mtwara, Tanzania. He rose to fame after releasing his hit song Ayiola which topped charts.
He moved to Dar es Salaam in 2009 after completing his secondary education at Mkundi secondary school in Mtwara. He worked as a street hawker at Kariakoo selling small products and tea to other businessman, prior to starting music.
He was signed by WCB (Wasafi Classic Baby) Wasafi Record Label. He was nominated at the AFRIMMA AWARD 2016 Nominees.
He started his music career in 2011. He recorded several songs but the songs did not hit. In 2015, he met Diamond Platnumz and this marked his new dawn.
The two (Diamond Platnumz and Harmonize) are now inseparable. Diamond Platnumz relocated him to South Africa where he at times lives with Zari. He got a permanent tattoo of Diamond Platnumz on his hand.
He says that the tattoo cannot be compared to what Diamond Platnumz has done for him. All he has became and owns is all because of Diamond’s help and that is why he got a permanent tattoo of Diamond Platnumz to remind him of his kindness. His track  “bado” featuring Diamomd was a great hit.
Harmonize Age
He was born on 3 October 1991 in Mtwara, Tanzania. He is 27 years old as of 2019.
Harmonize Girlfriend
His most current confirmed lover has been identified as Sarah, an Italian. They got married 2019 After leave fromWCB. He first dumped his long-time girlfriend, Jacqueline Wolper, a Bongo Movie actress, for this Italian chic. It was barely two weeks after the break up that he introduced this lady, whom he said was pregnant. What fans concluded, was that he was cheating on Jacqueline Wolper.
Just three weeks down the line, the singer and his new girlfriend, Sarah, went ahead to share with fans an Ultrasound showing that Sarah was heavily pregnant.
Harmonize’s girlfriend denies claims she slept with Diamond’s bodyguard
Reading like a script off a Spanish telenovela, bongo artist Harmonize is a scorned man after reports of his Italian girlfriend allegedly cheating on him continue to make headlines in his home country, Tanzania.
Word on the street is Sarah has allegedly been sleeping with Diamond Platinumz’s well-built bodyguard, Mwarabu Fighter.
Smitten by his current catch but unable to confront the body builder the ‘Kwangwaru’ hit maker revealed that had it been his friend Mbosso who had laid his hands on his woman, he would have dealt with him properly unlike the buffed bodyguard.
‘’Mara 10 ningesikia @mbosso_ anakula mzigo ningemsubiri pale @thelifeclub_1 tarehe 13/5/ na #kipanga yani ile anaingia tuu….!!! nikamuulia hapo hapo sasa mtu kama huyu hivi unaanzaje hata kumuuliza mana hata kucheka kwenyewe kwa msimu jamani Mungu huyu daah…..!!’’ Posted Harmonize, alongside a shirtless photo of Mwarabu Fighter working out in the gym.
After the news of her affair emerged, rumors are rife that the two are no longer an item begging. In one of his interviews, he confirmed he was single while in Nairobi for the launch of a swanky new club in Kilimani where he was the main attraction.
Standing up for herself, however, Sarah spoke up about the whole saga claiming she is not that type of a woman and was still very much in love with the bongo crooner.
‘’If you want to talk shit about me you should do it better because I still can’t hear you! fact. My ?? @harmonize_tz,’’ she posted.
In another post, she revealed how there was no other person in her life and professed undying love for her beau.
‘’I smile for the novels of instagram hahaha really… I’m sorry for you but I’m not that kind of woman and as long as I stay with my man @harmonize_tz there will not be other people in my life and I love him more than you can imagine….so if you want these kikki novels, go look for them on other pages… oh I forgot for all the PEOPLE who speak badly don’t worry that I will come to look at you,’’ she wrote.
Harmonize Songs List -Harmonize New Song – Harmonize Ft Diamond and other Artists 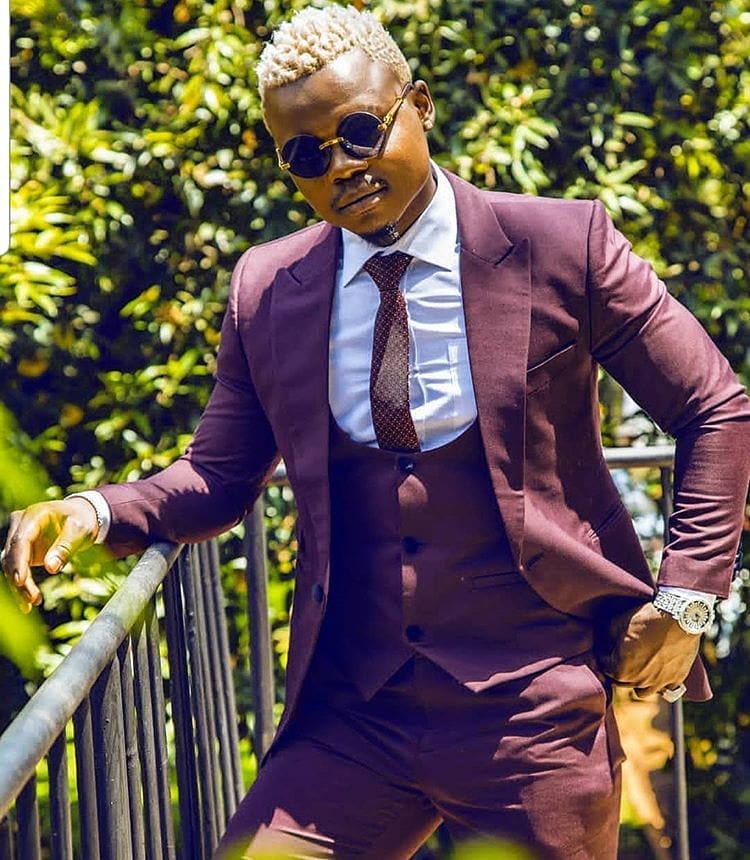 ♦ Kwa Ngwaru – 2018
♦ Kainama – 2019
♦ Niteke – 2019
♦ Magufuli – 2019
♦ Mbali – 2019
♦ Never Give Up – 2019
♦ Show Me What You Got – 2019
♦ Go Low – 2019
♦ Tepete – 2019
♦ Follow Me – 2019
♦ Nionyeshe – 2019
♦ Watoto – 2019
♦ Atarudi – 2018
♦ Paranawe – 2018
♦ Fire Waist – 2018
♦ Acha Nilewe – 2018
♦ Kidonda Changu – 2018
♦ Koma Roll – 2018
♦ Penzi – 2018
♦ Dm Chick – 2018
♦ Bado (feat. Diamond Platnumz) – 2017
♦ Zilipendwa – 2017
♦ Niambie – 2017
♦ Matatizo – 2017
♦ Shulala (feat. Korede Bello) – 2017
♦ Show Me – 2017
♦ Don’t Go – 2017
♦ Sina – 2017
♦ Nishachoka – 2017
♦ Happy Birthday – 2017
♦ Aiyola – 2016
♦ Ndoenda – 2015
Harmonize Bado
Bado
Harmonize Kwa Ngwaru
Kwa Ngwaru
Harmonize Matatizo
Matatizo
Harmonize Songs Download
To download all Harmonize songs click HERE.
Harmonize 15-year contract with Wasafi
Bongo flava artiste Harmonize was the second musician to ditch Diamond Platinumz’s record label WCB Wasafi. Harmonize handed in a termination request to the WCB management asking to terminate his 15-year contract with the label with immediate effect.
After weeks of speculation about his move, rumours had it that he had a fallout with Diamond that saw him skip two Wasafi Festival Shows this year, WCB manager Sallam SK Mendes later came out clean about the issue.
During his interview on Block 89, a Wasafi Radio program, Sallam revealed that Harmonize had already tabled a letter requesting to leave the label.
“Harmonize kwa sasa hivi ndani ya moyo wake haupo WCB. Harmonize kimakaratasi bado yupo WCB. Harmonize ameshatuma barua ya maombi ya kuvunja mkataba na yuko willing kupitia vipengele vyote vya sheria kuweza kuterminate mkataba wake,” Sallam revealed.
He added that they were very happy with his honest move and would convene a meeting to come up with the modalities of how to go about it before making an official.
But even with Sallam’s revelation, many have been left wondering what could have prompted Harmonize to want to leave a label that has helped him grow over the years from being a little known musician to a star.
According to a source who spoke to Nairobi News, a former employee with the label who is close to Harmonize, the singer feels he is being exploited by the label.
“Harmonize is grateful of the opportunities the label has created for him to a point that he has become the second most profitable artiste in the label after Diamond Platinumz. However, in the recent times, he has been investing a lot of his money into his music brand as compared to what was promised by the label. Hence, with all these solo efforts, he doesn’t see the need to continue honouring a contract which at the end of the day takes the biggest share because of the terms. In other words, it’s a lose-lose situation for him,” said the source.
Nairobi News also understands that Harmonize who has been with the label for four years now, had signed a 15-year contract with WCB.
With his exit, he will be the second musician to leave the record label after Rich Mavoko who barely completed two years of the 10-year contract he is believed to have signed with the label. At the time of his exit, Mavoko accused the label of exploitation too.
Harmonize YouTube
Join the growing youtube channel of Harmonize aka Kondeboy, he has grown gradually from a thousand subscribers to more than a million subs on the platform. Click here for a direct link to his official channel.
Harmonize recalls rise from hawking to musical fame
Updated: Aug. 02, 2018
Bongo superstar Harmonize has opened up about his struggles before fame.
Speaking to Word Is, he said: “I used to sell water in Tanzania. Even when I started focusing on music bado ilinichukua Miaka miwili to create a name for myself. I also worked as a hawker before.”
The Kwangwaru hitmaker says his first song, Matatizo, focuses on 90 per cent of his true life story.
“At some point, I felt God had not planned I become a musician. There was a time I almost gave up in life, but my mother kept encouraging me to continue pressing on,” he said.
“Diamond has mentored me so much in music and even given me a platform to be heard out there.”
He never imagined his songs would be hit like they are today.
“I know sijafika but God is good sahii. Watu wamenijua and I feel so humbled kusikia watu singing my songs line to line.”
His message to upcoming artistes is:
“If you want to achieve something belief in yourself, you can make it. That is what made me who I am today.”
KWETU VS KWA WENZETU | Oka Martin & Carpoza.