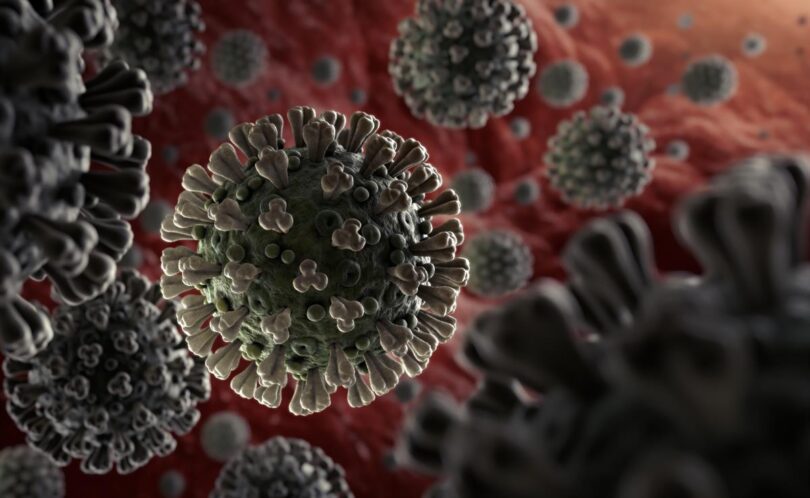 FDA APPROVES THE FIRST COMMERCIAL CORONAVIRUS TESTS IN THE US

Swiss pharmaceutical giant Roche and medical-device maker Thermo Fisher collectively have nearly 2 million tests available, with more to come.
AFTER Aweeks-long shortage of COVID-19 tests and limits on screening that have hampered officials’ ability to respond to the crisis, the first commercial tests for the disease have received approval from the US Food and Drug Administration. The new tests could dramatically increase the number of people who can be screened.

Both tests received approval on Friday, less than 24 hours after the companies submitted their applications to the FDA. “This action today shows our agency’s dedication to working around the clock to review and authorize diagnostics during this public health emergency,” FDA commissioner Stephen Hahn said in a statement.

Officials from Roche, the Swiss pharmaceutical giant, say the company has 400,000 tests ready to be shipped and plans to manufacture 400,000 more per week. Medical-device maker Thermo Fisher representatives say they have 1.5 million of their own test available, and a goal of producing 5 million per week by April. Both companies have promised their tests can turn around results in a matter of hours.

READ: Signs that someone love you, even if it doesn’t seem like it

“The authorization of our diagnostic test for Covid-19 will help to protect patients and enable medical staff to respond swiftly to treat those who are ill and prevent the spread of infection,” Thermo Fisher CEO Marc Casper said in a statement.

The number of people who could be tested using those supplies will likely be lower than those figures, because people often require multiple tests during the course of diagnosis and treatment. Much also depends on the local testing capabilities wherever those tests are put to use. But together, they represent a massive improvement over the status quo. As of Monday, the United States had the ability to process only about 37,000 tests per day, according to the American Enterprise Institute, which has kept a daily tally.

Ron O’Neil, a Thermo Fisher spokesperson, told WIRED that the company is in discussions with commercial labs, like Quest Diagnostics and LabCorp, to make its test widely available. Roche officials said in a statement that their company has worked with government agencies to determine 32 initial sites based on geographic need.

So far, testing in the US has been largely limited to people with severe symptoms, those who had recently traveled to hard-hit places like China or Iran, or those who had been in close contact with infected people. Those limits originated with problems with the CDC’s version of the diagnostic test, followed by a slow rollout to sites equipped with the PCR machines and staffing required to read them. After the FDA announced that the agency would expedite approval for tests validated by approved labs, more research groups have stepped up efforts to design them. A variety of academic and commercial labs are already using their own in-house tests, but these are the first commercial tests that have the FDA’s blessing for wider use.

Getting more people tested is considered critical, because it will allow public health officials to understand where the virus is spreading and help “flatten the curve.” In places like South Korea and Singapore, data from widespread testing has been used to help direct critical hospital resources and inform quarantine measures.

How much testing eventually gets done with the new commercial tests—and how quickly—will depend on a few factors. Both tests require the same PCR machines and trained staff for screening as the CDC’s kits. And with more testing kits come concerns about the availability of the chemical reagents required to analyze the samples. “We are deeply concerned that as the number of tests increases dramatically over the coming weeks, clinical labs will be unable to deploy them without these critical components,” officials from the American Society of Microbiology wrote in a statement last week.

But for hospitals in places where doctors are still reliant on CDC test kits for answers, increased commercial testing could help alleviate some pressure. Last month, amidst a local outbreak, Solano County, California, lacked the ability to quickly test even those people who’d had direct contact with an infected patient. The local lab now has CDC test kits, but only enough capacity to screen for the most high-priority cases. Other samples are sent to state and commercial labs. Bela Matyas, Solano County’s public health officer, estimates a five-day turnaround for low-priority samples sent to commercial labs. The new tests could shave off time.

The need for efficient testing remains important as priorities change for public health officials. “We’ve moved on from containment to mitigation,” Matyas says, meaning treating sick people, keeping hospitals running, and keeping medical professionals safe. Having the ability to test quickly means you can save hospital isolation wards from unnecessary overcrowding, because you can now know whether a person who comes in with respiratory symptoms actually has Covid-19 rather than having to treat everyone as though they might. “It means you can move from a presumptive stance to a more informed stance,” he says.