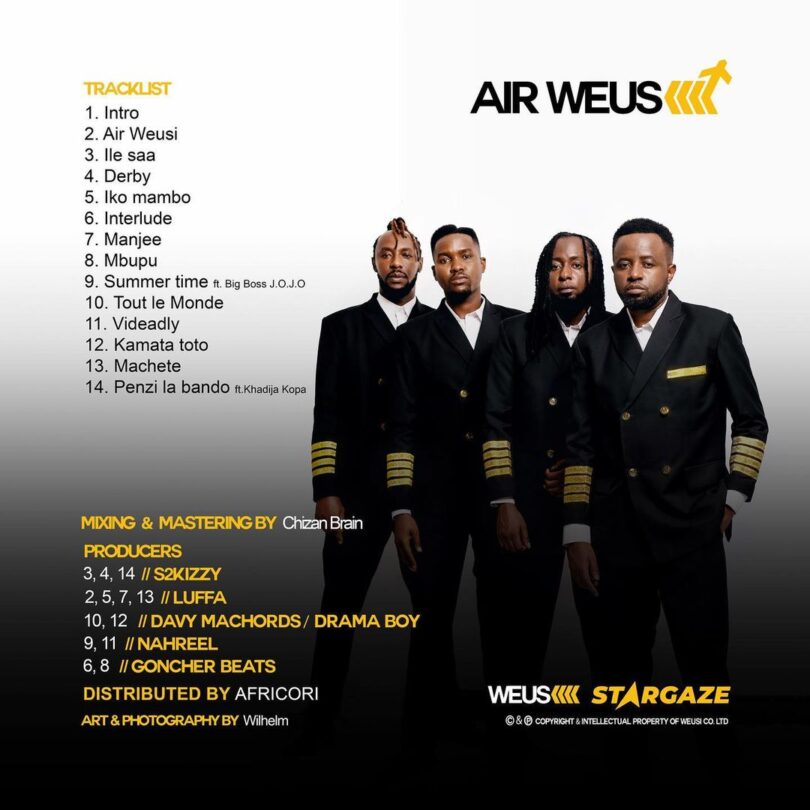 Intro is the number one among the 14 songs that is available on WEUSI’s new Album dubbed Air Weusi. The song was written by Weusi, Produced S2kizzy and Mix & Mastering by Chizan Brain.