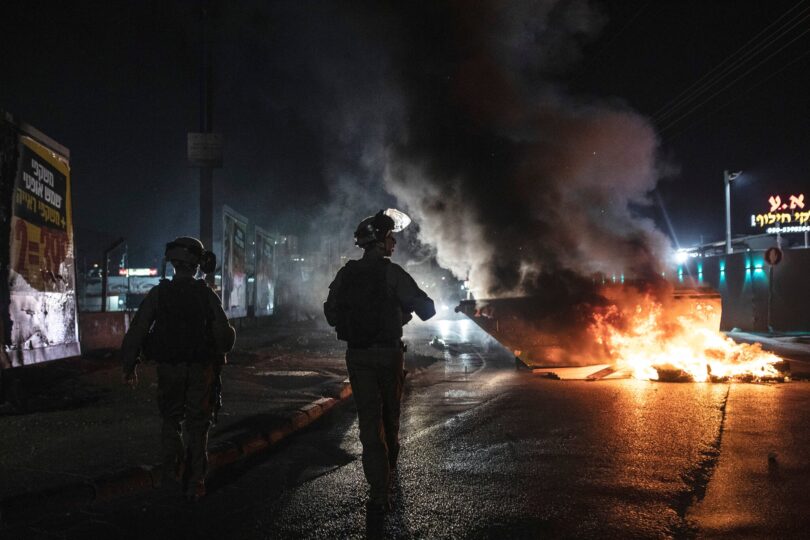 A new front opened in the military showdown between the Israeli Army and Palestinian militants in Gaza on Wednesday as a wave of mob violence between Jews and Arabs spread across several Israeli cities, leading to riots and attacks in the streets as rockets and missiles streaked across the sky.

Israel said it assassinated 10 senior militants and continued to pound both military and residential areas across the Gaza Strip with airstrikes, while Hamas, the Islamist group that rules Gaza, and its allies continued to fire rockets into civilian areas across central and southern Israel.

More than 1,000 rockets had been fired from Gaza by Wednesday night, most of them intercepted by an antimissile defense system, the Israeli military said.

More than 67 Palestinians, including 16 children, have died since the start of the conflict on Monday, Palestinian health officials said. The rockets fired by Hamas and its Islamist ally, Islamic Jihad, killed at least six Israeli civilians, including a 5-year-old boy and one soldier.

The fighting showed no signs of letting up. An Israeli military official said Wednesday that three infantry brigades were “preparing for a worst-case scenario,” confirming that a ground invasion could follow the bombardment from the air.