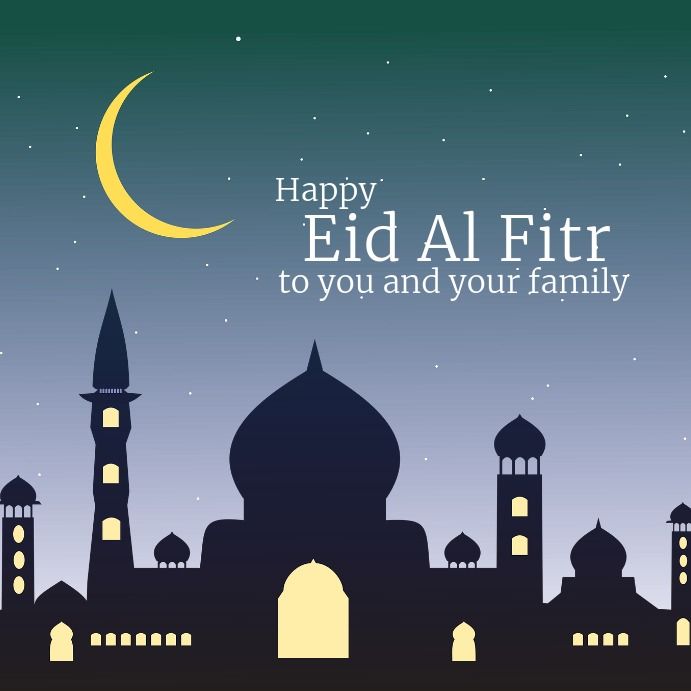 Also called the “Festival of Breaking the Fast” or Lesser Eid, or simply Eid, is a religious holiday celebrated by Muslims worldwide that marks the end of the month-long dawn-to-sunset fasting of Ramadan. Consequently it always falls on the first day of Shawwal in the Islamic calendar, which date does not always fall on the same Gregorian day because the date for the start of any lunar Hijri month varies based on when the new moon is sighted by local religious authorities. The holiday is known under various other names in different languages and countries around the world.

Eid al-Fitr has a particular salat (Islamic prayer) that consists of two rakats (units) generally performed in an open field or large hall. It may only be performed in congregation and features six additional Takbirs (raising of the hands to the ears while saying “Allāhu ʾAkbar”, meaning “God is the greatest”) in the Hanafi school of Sunni Islam: three at the start of the first rakat and three just before rukūʿ in the second rakat. Other Sunni schools usually have 12 Takbirs, similarly split in groups of seven and five. In Shia Islam, the salat has six Takbirs in the first rakat at the end of qira’a, before rukūʿ, and five in the second. Depending on the juristic opinion of the locality, this salat is either farḍ, mustaḥabb or mandūb. After the salat, Muslims celebrate the Eid al-Fitr in various ways with food (“Eid cuisine“) being a central theme, which also gives the holiday the nickname “Sweet Eid” or “Sugar Feast”.

HAPPY EID AL FITR TO YOU AND YOUR FAMILY.