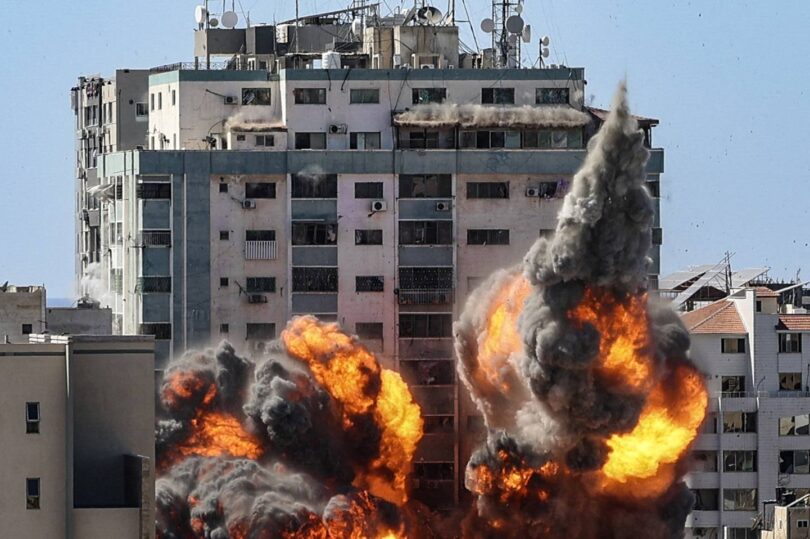 The Israeli military launched another series of air raids on the Gaza Strip early on Monday, hours after Israel’s caretaker Prime Minister Benjamin Netanyahu said the attacks on the Palestinian enclave would rage on.

Explosions rocked Gaza City from north to south in a bombardment that was heavier, wider and lasted longer than the air raids that killed at least 42 Palestinians and wounded dozens more on Sunday.

One Palestinian was reported injured.

At least 192 people, including 58 children and 34 women, have been killed in the Gaza Strip since the latest violence began a week ago.

Earlier, Hamas, the group that governs the Gaza Strip, fired rockets towards the Israeli cities of Ashkelon and Beersheba. Israel has reported 10 dead, including two children.

The UN Security Council met on Sunday to discuss the violence but failed to agree on even a joint statement of concern.

China said it was the United States that obstructed the council from speaking “with one voice”.

Almost three children in Gaza have been injured every hour since violence flared on Monday, according to Save the Children.

In the last week, at least 58 children in the enclave territory and two children in southern Israel have been killed. More than a thousand people in Gaza, including 366 children, have also been injured.

“How many more families need to lose loved ones before the international community takes action? Where can children run to when airstrikes rain down on their homes?” said Jason Lee, Save the Children’s Palestine country director.