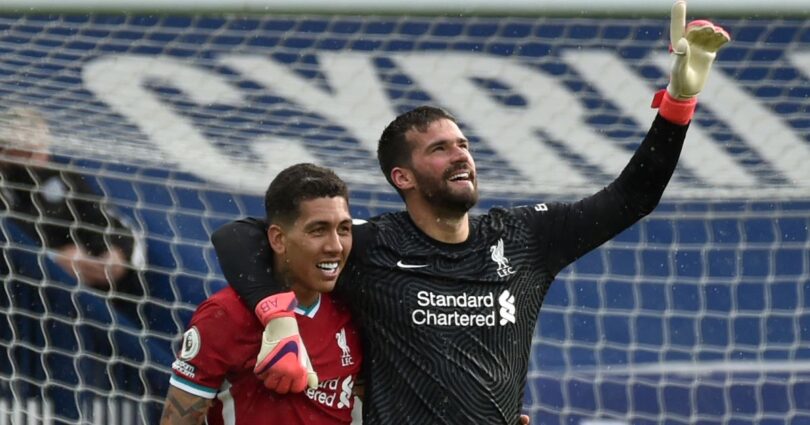 Liverpool goalkeeper Alisson has dedicated his match-winning, injury-time goal for Liverpool at West Brom to his late father, who died earlier this year.

Alisson became the first goalkeeper in Premier League history to score with a header – and the first to score a winning goal – when he nodded in a 93rd-minute winner that takes Liverpool to within a point of fourth-placed Chelsea.

“I just tried to run into a good place and be in a good position to try and help my players, to bring a defender, but nobody followed me. I am lucky and blessed. Some things you can’t explain.”

Alisson’s father died in an accident at his home in Brazil, and the Liverpool goalkeeper reflected: “Football is my life…I hope my father was there to see it with God on his side celebrating.”

“I have been away from interviews for a long time because it was difficult – I always get emotional on that subject. But I want to thank all of you, all the Premier League, all the players and teams, I’ve had letters, for example, from Everton, Man City, Chelsea [and more]. I want to say thank you. If it wasn’t for you all I could never have got through it.”

“I tried to look at the bench and nobody called me. And then I was called [by Liverpool’s goalkeeping coach] with conviction.