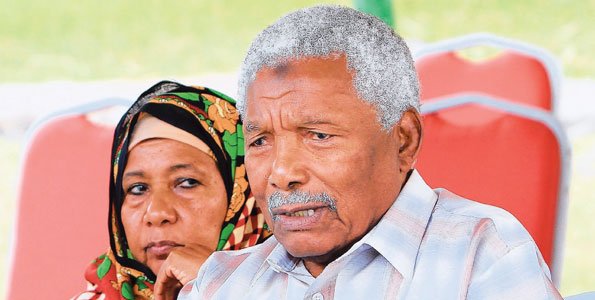 The 1994 Rwandan genocide that left nearly a million people dead, is one of the events that Tanzania’s former President Ali Hassan Mwinyi will never forget.

The retired leader, 96, popularly known as Mzee Rukhsa, made efforts to find a lasting solution between the warring factions, but the situation continued to worsen when the Rwandan and Burundian presidents were assassinated few hours after attending a reconciliation session in Arusha.

In his memoir: ‘Mzee Rukhsa: Safari ya Maisha Yangu’, Kiswahili for ‘Mzee Rukhsa: The Journey of My Life’, he says he will never forget Wednesday April 6, 1994, a day on which he led the meeting of regional leaders to discuss peace and security amid tensions in Burundi and Rwanda.

“The meeting was a continuation of our efforts to reconcile Rwandans, especially the government led by President Juvenal Habyarimana on the one hand and the Rwandan Patriotic Front (RPF) on the other,” he said.

The memoir states that among the leaders who attended the meeting were President Habyarimana of Rwanda and President Cyprien Ntaryamira of Burundi who each flew to Arusha with Habyarimana offering a lift to Tanzania’s ambassador to Rwanda Saleh Tambwe.

On their way back home after the meeting, Mwinyi writes, President Habyarimana, whose flight was of high-speed decided to offer a lift to the President of Burundi, Ntaryamira, whose plane was slow, in a situation that they could not accommodate Ambassador Tambwe back to Kigali.