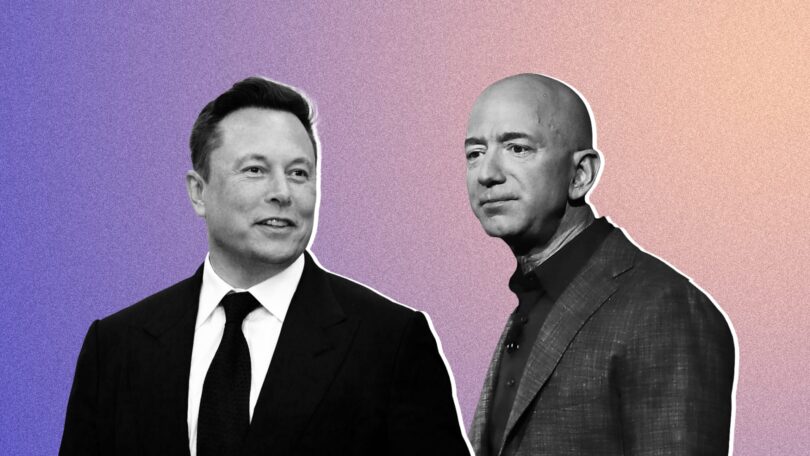 The number of billionaires on Forbes’ 35th annual list of the world’s wealthiest exploded to an unprecedented 2,755–660 more than a year ago. Of those, a record high 493 were new to the list–roughly one every 17 hours, including 210 from China and Hong Kong. Another 250 who’d fallen off in the past came roaring back. A staggering 86% are richer than a year ago.

Jeff Bezos is the world’s richest for the fourth year running, worth $177 billion, while Elon Musk rocketed into the number two spot with $151 billion, as Tesla and Amazon shares surged.

Altogether these billionaires are worth $13.1 trillion, up from $8 trillion in 2020. The U.S. still has the most, with 724, followed by China (including Hong Kong and Macao) with 698. We used stock prices and exchange rates from March 5 to calculate net worths. See below for the full list of the world’s billionaires and our methodology.