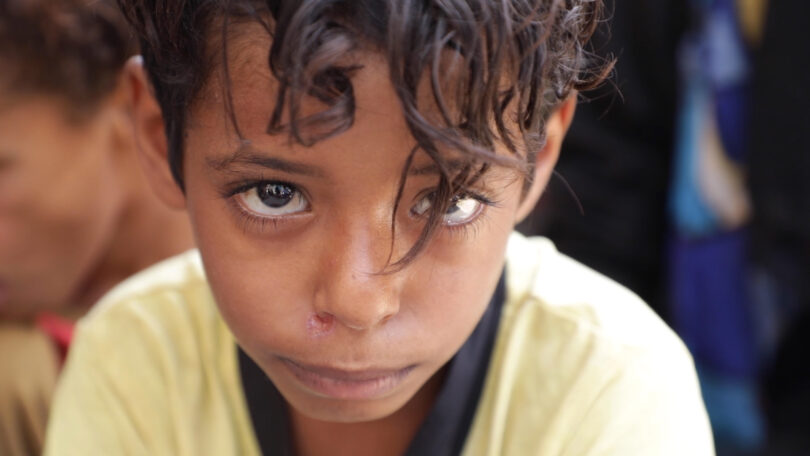 ‘No food for days’

“We have been expecting to receive food aid after we got here,” Kiflom’s mother, Mulu Yirdaw, told Al Jazeera from Shire, a town further east. “But it has been almost two months now. We received nothing.”

Throughout this time, Mulu and her son have found shelter in a small room at the home of a Shire resident and relied on locals giving them kolo, an Ethiopian cereal. But these food donations are irregular and inadequate, as the locals are also struggling, and the pair have previously gone an entire week without eating anything – and on one occasion for more than that.

“The community tries to help us. But there are many displaced and starved people, they cannot feed us all,” said Mulu, 64.

The weeks of starvation have made Kiflom and his mother lose significant weight. Worryingly, Kiflom has reached the point where he can no longer hold any food, his mother said.

“He is very ill. He has a high fever and fatigue. My son was never like this,” said Mulu, who has also begun feeling sick whenever she eats but has been unable to get any medical help for her and Kiflom.

Now in its seventh month, the conflict in Tigray is estimated to have killed thousands of people and displaced 1.7 million, creating an immense humanitarian crisis in an already poor region.

Abiy, whose forces are backed by troops from Eritrea and fighters from Ethiopia’s Amhara region, declared victory in late November when the army entered the regional capital, Mekelle. Fighting, however, is still ongoing and reports of massacres, rape and widespread hunger keep emerging.

Over the past six months, the United Nations, aid agencies and world powers have repeatedly called for full humanitarian access to the region of six million people in the face of growing fears of a protracted conflict with devastating effects on the civilian population.

On Monday, World Health Organization chief Tedros Adhanom Ghebreyesus, who is from Tigray, described the situation in the region as “very horrific“, with “many people” dying “because of hunger”.

In December, the Ethiopian government had promised “unfettered humanitarian access” but large parts of Tigray, particularly rural areas, are still largely cut off due to active hostilities, according to an update (PDF) earlier this month by The United Nations Office for Coordination of Humanitarian Affairs (OCHA). Parts of central, south and southeastern Tigray have been blocked by parties to the conflict since early March