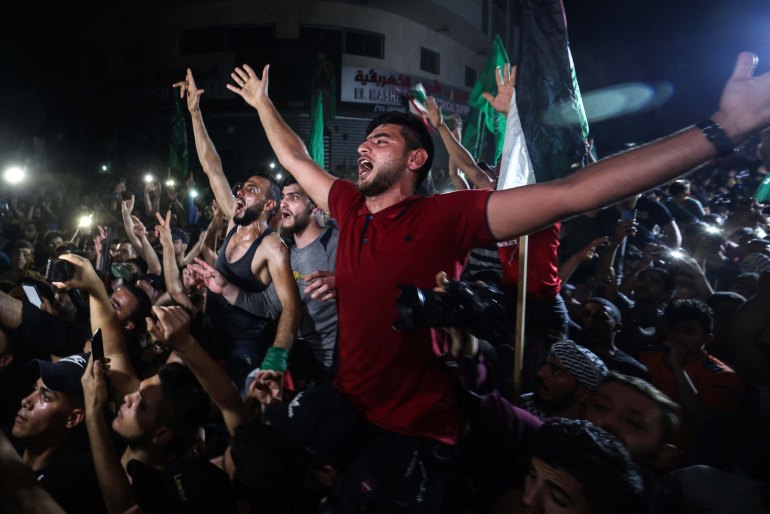 Palestinians in the Gaza Strip have taken to the streets to celebrate the ceasefire agreement reached between Israel and Hamas, waving flags and flashing the “V” sign for victory.

The ceasefire came into effect in the early hours of Friday morning after Egypt brokered the deal between the two sides to halt 11 days of relentless Israeli bombardment of the besieged enclave and rocket fire from Gaza.

The escalation on May 10 was triggered by an Israeli police crackdown on protesters at the Al-Aqsa Mosque compound in occupied East Jerusalem, following weeks of tensions in the city caused by the planned forced expulsion of several Palestinian families from their homes in the Sheikh Jarrah neighbourhood.

In the Gaza Strip, which has been under a 14-year blockade, Palestinians on Friday embraced one another in celebration of the ceasefire in front of bombed-out buildings and along streets covered in wreckage. Mosque loudspeakers feted “the victory of the resistance achieved over the Occupation (Israel)”.

There were similar scenes of jubilation in occupied East Jerusalem around Sheikh Jarrah as people in cars flew Palestinian flags and honked horns. Celebrations also broke out in Ramallah and Bethlehem.