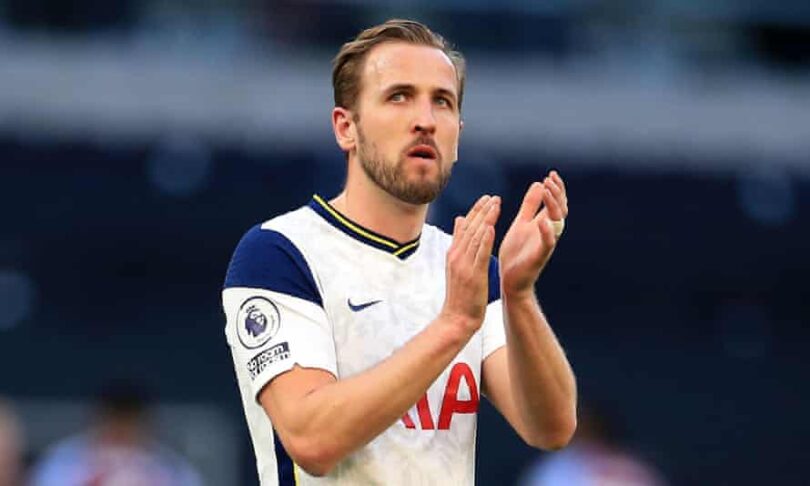 Harry Kane has said to play with Manchester City’s Kevin De Bruyne would be a “striker’s dream”.

City have already been heavily linked with the Spurs striker, who has told Tottenham he wants to leave the club this summer, and his remarks on De Bruyne, made to Gary Neville’s The Overlap YouTube channel, will only fuel speculation that Kane may prefer to move to the Premier League champions.

“When I watch De Bruyne play he’s a special, special player and some of the balls I see him put in for City are just a striker’s dream if I’m honest,” said Kane. “He’s an outstanding player with the ball, off the ball, pressing, but his delivery is as good as I’ve ever seen to be honest.”

Sky Sports reported earlier this week that Kane wanted to remain in the Premier League and the 27-year-old confirmed to Neville that he has no plans to play abroad.

“Of course there’s always the option of maybe moving abroad one day but I don’t think that really interests me in the near future,” said Kane.