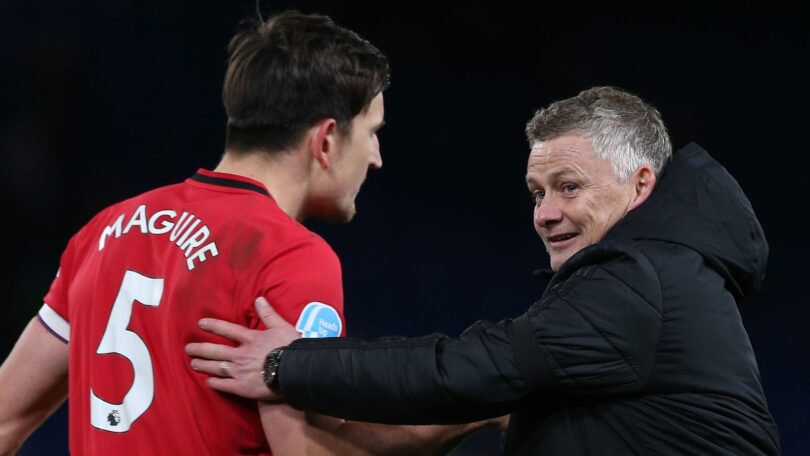 Harry Maguire has been a league ever-present in the Manchester United side since arriving in the summer of 2019, but could now miss the Europa League final clash with Villarreal on Wednesday; Solskjaer also discussed United’s summer transfer business

The United captain had played every minute of every league game since his arrival at Old Trafford in the summer of 2019, but was forced off at Aston Villa two weeks ago with ankle ligament damage.

As a result, Maguire is in danger of missing out on United’s first European final in four years as they take on Unai Emery’s Villarreal in Gdansk on Wednesday, with Solskjaer providing an update ahead of the encounter.

“He’s walking but it’s a long way from walking to running so, to be honest, I don’t think we’ll see him in Gdansk, no,” said the United boss, after the defender was pictured walking without crutches on Thursday evening.

“But, as I’ve said so many times, I’m going to give him until Tuesday night, the last training session, and see if he can try to be out there.

“Steadily but surely he’s improving but ligaments, they take time to heal.”

Solskjaer will give Maguire up to the last minute to prove his fitness and expects the defender to play an important role off the field if, as expected, he does not make it.