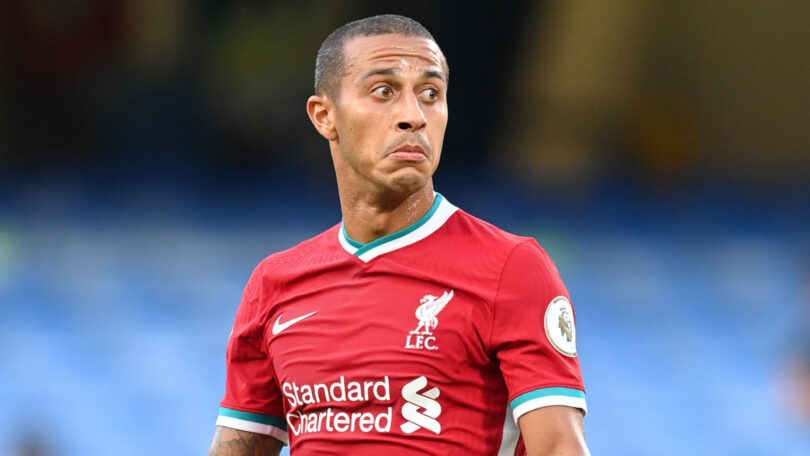 Thiago Alcantara will step out at Anfield in front of a crowd for the first time as a Liverpool player when they face Crystal Palace on the final day of the season this weekend. But his first taste of the famous old stadium’s atmosphere came many years earlier.

“Wow,” he tells Sky Sports as he recalls the 1998 UEFA Cup tie between Celta Vigo, his World Cup-winning father’s team, and a Liverpool side containing Steven Gerrard and Jamie Carragher. Celta knocked the hosts out that night. A seven-year-old Thiago, wide-eyed in the stands, savoured the spectacle.

“I have been addicted to football since I was young. English football, Italian football, Spanish football. But that was my one and only experience as a fan in a stadium,” adds Thiago.

“It’s one of the biggest memories I have because it was also a very successful night for my dad’s team. Now, I want to have the same memorable experience with an amazing crowd in that amazing stadium – but as a player.”