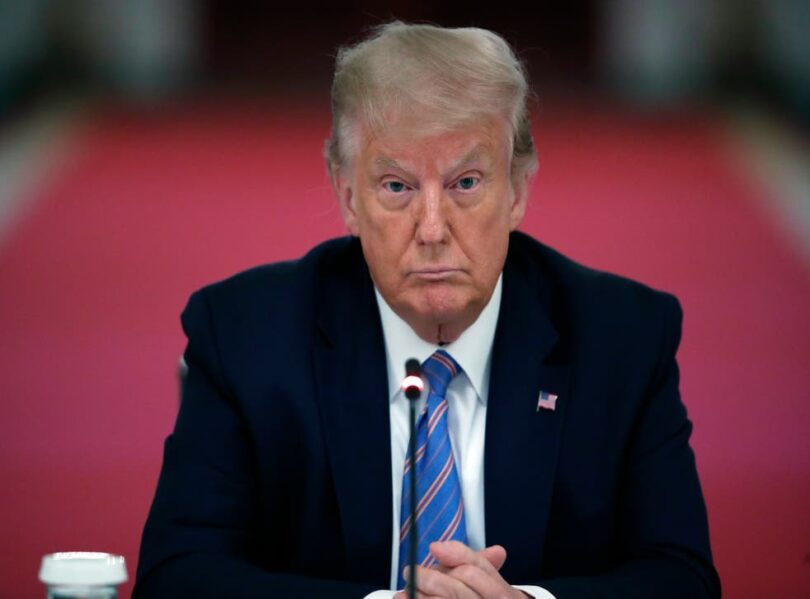 New York prosecutors have convened a grand jury that is expected to decide whether to indict former President Donald Trump, suggesting they may have found evidence of a crime, US media reported.

The development is the latest step towards 74-year-old Trump, who left the White House in January, possibly becoming the first-ever ex-US leader to face criminal charges.

The grand jury was set up recently and will sit three days a week for six months, The Washington Post newspaper said on Tuesday, citing two unnamed people familiar with the case.

The Associated Press and broadcaster ABC also reported the move.

The Washington Post said the grand jury formation suggests that Manhattan District Attorney Cyrus Vance may have found evidence of a crime, if not by Trump, then somebody close to him.

A spokesman for Vance declined to comment when contacted by the AFP and Reuters news agencies.

Vance, a Democrat, has been conducting a more than two year, wide-ranging investigation into Trump’s business dealings before he became president, and his office has said in court filings that it was looking into “possibly extensive and protracted criminal conduct” at the family-run Trump Organization.

The investigation includes scrutiny of Trump’s relationship with his lenders; a land donation he made to qualify for an income tax deduction; and tax write-offs his company claimed on millions of dollars in consulting fees it paid.

New York State Attorney General Letitia James is also investigating the Trump Organization and last week said her office was investigating the company in a “criminal capacity” and was working with Vance’s team. She is a Democrat as well.

In the United States, prosecutors typically refer important cases to grand juries made up of citizens who examine the prosecution’s case in secret. They hear evidence and can request additional documents before deciding whether criminal charges should be brought.

Trump, who was a property developer and reality television star before he was elected president in 2016, contends the investigation is a “witch hunt.”

“This is purely political, and an affront to the almost 75 million voters who supported me in the Presidential Election, and it’s being driven by highly partisan Democrat prosecutors,” Trump said in a statement.

Vance’s investigation focused initially on hush payments made to two women who allege they had affairs with Trump – but has since been expanded.

Investigators suspect the Trump Organization may have artificially inflated and reduced the value of assets, particularly several properties in New York state, either to secure bank loans or reduce their taxes.