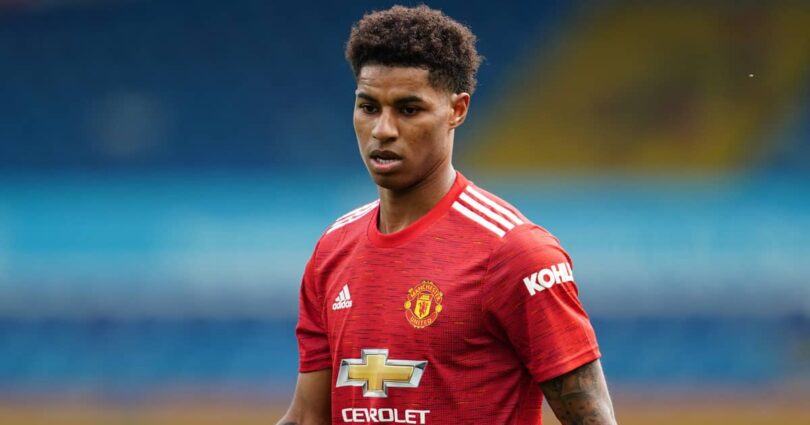 Rashford played the entire 120 minutes as United drew 1-1 with Villarreal in Gdansk, and scored his penalty in the shootout, which the Premier League side lost 11-10.

But following the match, Rashford wrote on Twitter: “At least 70 racial slurs on my social accounts counted so far. For those working to make me feel any worse than I already do, good luck trying.”

United said they were “disgusted” by the abuse Rashford received, adding that other members of the team were targeted online following the defeat in Poland.

Rashford was also racially abused online following United’s draw with Arsenal in January, after which the forward said: “Humanity and social media at its worst.

“Yes I’m a black man and I live every day proud that I am. No one, or no one comment, is going to make me feel any different. So sorry if you were looking for a strong reaction, you’re just simply not going to get it here.

“I’m not sharing screenshots. It would be irresponsible to do so and as you can imagine there’s nothing original in them. I have beautiful children of all colours following me and they don’t need to read it. Beautiful colours that should only be celebrated.”