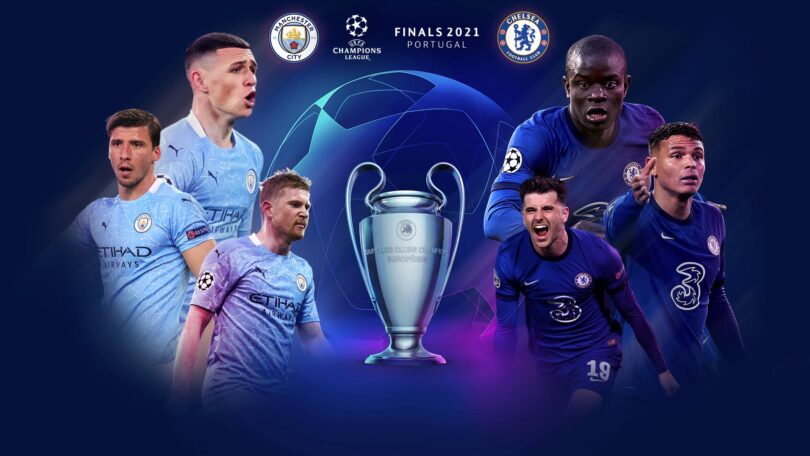 It is scheduled to be played at the Estádio do Dragão in Porto, Portugal on 29 May 2021, between English clubs Manchester City, in their first UEFA Champions League final, and three-time finalists Chelsea.

The final was originally scheduled to be played at the Krestovsky Stadium in Saint Petersburg, Russia. However, due to the postponement and relocation of the 2020 final to Lisbon as a result of the COVID-19 pandemic in Europe, the final hosts were shifted back a year, with the Atatürk Olympic Stadium in Istanbul, Turkey instead planning to host the 2021 final. However, on 13 May 2021 UEFA announced that the final would be relocated to Porto in order to allow fans to attend the match.

The winners will earn the right to play against the winners of the 2020–2021 UEFA Europa League, Villarreal, in the 2021 UEFA Super Cup, and qualify for the 2021 FIFA Club World Cup in Japan. They will also qualify to enter the group stage of the 2021–22 UEFA Champions League, and if they have already qualified through their league performance, the berth reserved will be given to the champions of the 11th-ranked association according to next season’s access list.