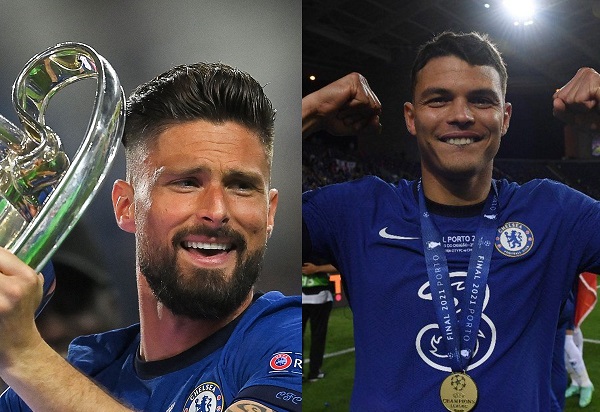 Chelsea have triggered the option to extend Thiago Silva and Olivier Giroud’s contracts at the club for a further year.

The Brazil defender and France striker were both out of contract in the summer but the club have exercised their option to keep them at the club for another season.

Earlier on Friday, the newly-crowned European champions announced they have also extended head coach Thomas Tuchel’s deal with his new contract running through to June 2024.

Silva, 36, joined on a free transfer from Paris Saint-Germain last summer and impressed in his first season at Stamford Bridge, featuring in 34 games across all competitions.

Meanwhile, Giroud had been touted for a Chelsea exit this summer with a number of clubs such as AC Milan manifesting an interest in signing the Frenchman as a free agent.

However, Granovskaia revealed the decision to extend the 34-year-old’s contract had already been taken in April.