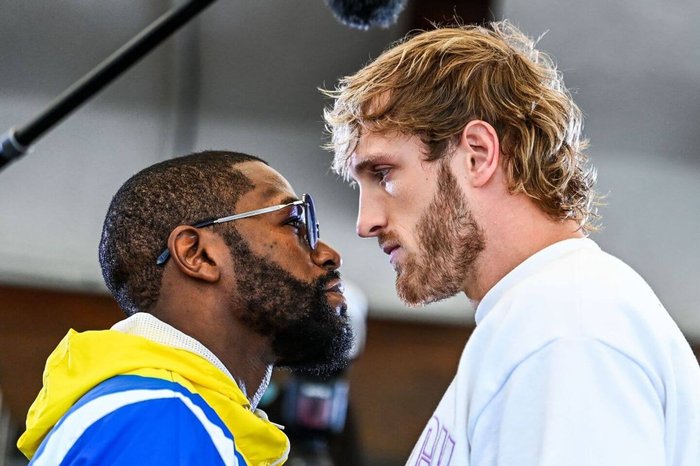 Floyd Mayweather has laughed off Logan Paul’s significant size advantage, but the social media star has warned that he is ready for a ‘physical’ fight.

Mayweather and Logan Paul will share a ring on Sunday night from midnight, live on Sky Sports Box Office.

Mayweather never boxed above 154lbs as a professional – he was a world champion in five weight classes.

Logan Paul also claimed that he would incur a $100,000 fine for every pound of weight if he exceeds his limit.

Asked about being dramatically lighter than his rival, Mayweather told Sky Sports: “I don’t worry about that. I’m a fighter, this is what I do.