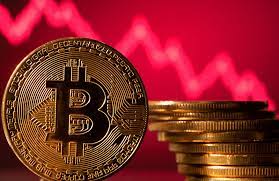 Bitcoin fell underneath $30,000 on Tuesday for the first time in five months, hit by concerns over China’s ongoing crackdown on the world’s most popular cryptocurrency.

At about 1230 GMT, bitcoin sank as low as $29,334, a level last seen in January, with analysts citing Chinese efforts to curb trading and mining operations. The unit later stood at $29,590, down 9.25 percent in value.

“Concerns mount over China’s ongoing clampdown and fears that widespread acceptance of bitcoin and other digital currencies will be delayed because of concerns about their environmental impact,” said analyst Fawad Razaqzada at trading site ThinkMarkets.