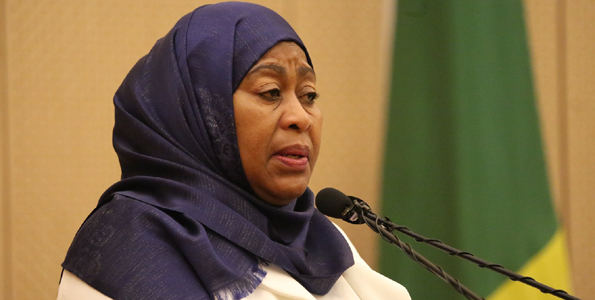 Tanzania’s President Samia Suluhu Hassan has said there are Covid-19 patients diagnosed in the country in the third wave of the disease, and urged religious leaders to tell believers to take precautions.

President Samia was addressing the Bishops of the Tanzania Episcopal Conference (TEC) at their headquarters in Kurasini, Dar es Salaam.

This is the first time for the government of Tanzania to report the prevalence of the pandemic in the country since May, 2020.

Without given any numbers of the sick, she said since prevetion is better than cure it is important for people to continue to use whatever is prescribed to prevent the epidemic in a bid to prevent the nation from numerous deaths.

“I know that from the beginning the church has had a strong position in fight against this disease. We have entered the third wave of the disease and signs in the country are visible, we already have patients who have been diagnosed in this wave,” she revealed.

President Hassan explained that when she visited Mwananyamala Hospital in Dar es Salaam recently she found patients with such  problems.