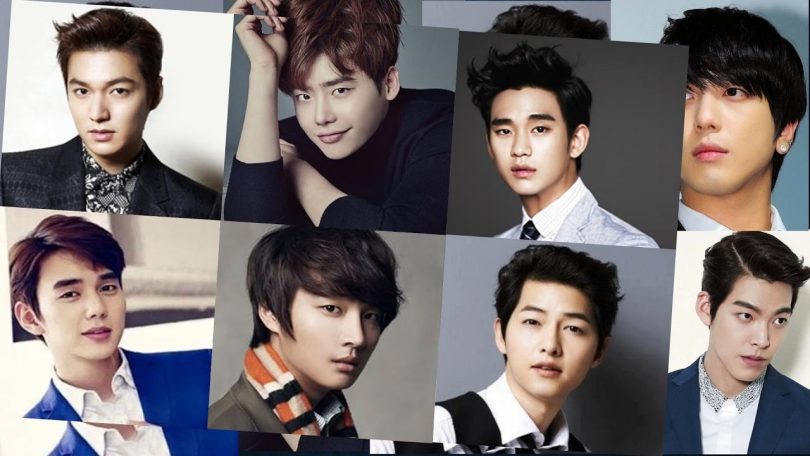 Here’s the list of top 10 most popular and handsome Korean drama actors who make our hearts melt from the very first time we look at them! Their talent, appearance, and charisma are out of this world! Here you will also find some drama recommendations, don’t miss out on their best performances!

Lee Joon-gi is a South Korean actor, singer, dancer, and model. He rose to fame on his first leading role playing a clown in the critically acclaimed film The King and the Clown and gained further recognition in the romantic comedy My Girl.

Lee Jong-suk is a South Korean actor and model. He debuted in 2005 as a runway model, becoming the youngest male model ever to participate in Seoul Fashion Week. Lee’s breakout role was in School 2013.

Song Joong-ki is a South Korean actor and singer. He rose to fame in the historical coming-of-age drama Sungkyunkwan Scandal and the variety show Running Man as one of the original cast members.

Ji Chang-wook is a South Korean actor and singer. He rose to fame for playing the lead role of Dong-hae in daily drama series Smile Again, and had notable lead roles in television series such as Warrior

Lee Min-ho is a South Korean actor, singer, and model. He gained widespread fame worldwide with his role as Gu Jun-pyo in Boys Over Flowers which also earned him the Best New Actor award at the 45th Baeksang Arts Awards.

Kim Soo-hyun is a South Korean actor. One of the highest-paid actors in South Korea, his accolades include four Baeksang Arts Awards, two Grand Bell Awards and one Blue Dragon Film Award. From 2012 to 2016 and in 2021, he has appeared in Forbes Korea Power Celebrity 40 list.

Park Bo-gum is a South Korean actor and singer. He gained recognition for his diverse range of roles in film and television, notably, a psychopathic lawyer in Hello Monster, a genius Go player in Reply.

So Ji-sub is a South Korean actor. After making his entertainment debut as a jeans model, he became known for his leading roles in the television series What Happened in Bali, I’m Sorry, I Love You, Cain and Abel, Phantom, Master’s Sun and Oh My Venus as well as the film Rough Cut.

Nam Joo-hyuk is a South Korean model and actor. He has starred in Who Are You: School 2015, Weightlifting Fairy Kim Bok-joo, The Bride of Habaek, The Light in Your Eyes, The School Nurse Files, and Start Up.

Seo In-guk is a South Korean singer-songwriter and actor. He launched his singing career after winning the talent reality show Superstar K in 2009, and made his acting breakthrough in Reply 1997.