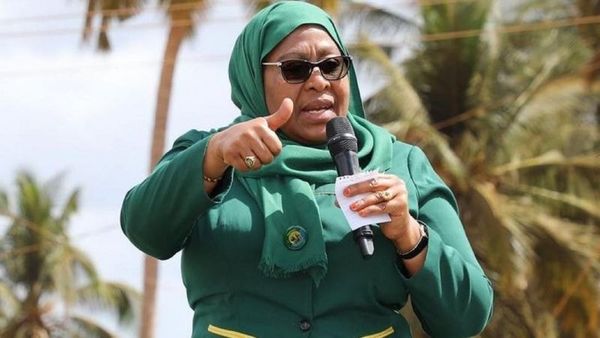 President Of Tanzania With A Word To Businessmen And Kariakoo Citizens.

Today, sunday June 11, 2021 President of Tanzania Samia Suluhu Hassan with a word of comfort to all businessmen and citizens of Kariakoo market through the regional commissioner of Dar es salaam Amos Makalla due to big loss incurred caused by fire eruption at International market Kariakoo Dar es salaam.

President Samia Suluhu Hassan has given order today to the committee of safe and security so as they conduct clear investigation to know the cause of fire at the International market Kariakoo.