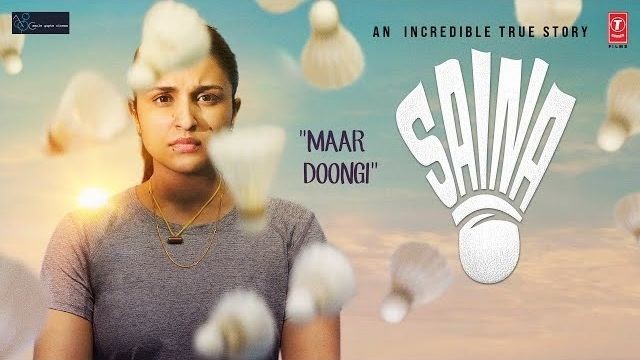 The list is based according to the critic ratings and average user’s ratings made, note that it is not based on single category, but include movies on all categories:

The film follows the career highs and lows of the former world no 1, India’s ace shuttler, Saina Nehwal. It also pays tribute to the people who immensely contribute to her resilience and unbreakable spirit.

Two small-town boys, Bhaura Pandey (Rajkummar Rao) and Kattanni Qureshi (Varun Sharma), are stuck with Roohi (Janhvi Kapoor) under strange circumstances. She seems to be a simple, demure girl, but they soon realise that she has another side to her ‑ her “ghostly” personality, Afza.

As Mumbai’s youth are falling prey to rampant drug abuse, suspended cop Radhe (Salman Khan) is recalled for a clean-up mission. But Radhe is up against a dangerous new outlaw Rana (Randeep Hooda), who will stop at nothing to rule the city.

When a young musician embarks on a journey to make the song that can reunite him with the love of his life and also change the world, things don’t go quite as planned. As he hits rock-bottom, will music come to the rescue?

Based on a real story, ‘The Big Bull’ follows the life and times of Hemant Shah – a smalltime stockbroker, who manipulates the loopholes in the country’s archaic banking system to create a massive bull run on the stock exchange.

Based on true events, ‘Mumbai Saga’ is the story of a commoner-turned-gangster Amartya Rao, whose dramatic rise in the Mumbai of nineties was marked by lawlessness, betrayal and bloody gang wars.

Madam Chief Minister is a fictional account of the ups and downs in the life of a powerful Dalit leader, who goes on to become the first woman chief minister of India’s most populous and politically charged state Uttar Pradesh.

In order to keep his band-baja business afloat, Bharat Lal (Pankaj Tripathi) approaches a local bank in Uttar Pradesh for a loan. Soon after, he realises that his uncle and his sons have declared him legally dead and snatched his share of the piece of land that the family had jointly owned.

Madan (Ankan Mallick), a young boy who lives with his mother and grandfather, vows to become a flutist like his absent father Sadashiv (Anurag Kashyap) when his mother describes him as a great musician.

Multi-millionaire Ranveer Malhotra (Mohit Chadha) of Adityaraj Aviationsis dealing with a massive public relations (PR) crisis and just when the business tycoon is ready to take responsibility for the Himalayan blunder, he goes missing. ‘Flight’ is about an elaborate scam behind cheap, low-quality aviation parts that a certain company is providing to the industry insiders and also, how greed gets the better of human emotions.