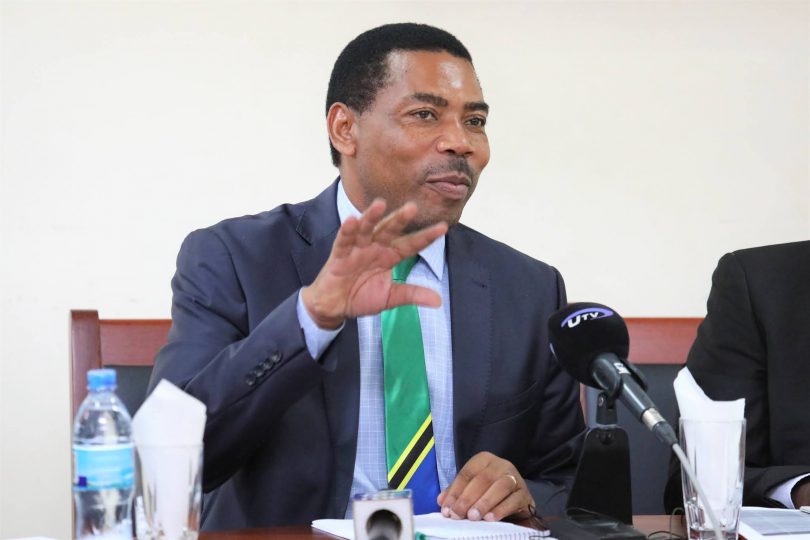 THIS HAS BEEN SAID BY DR. MWIGULU NCHEMBA.

Government revealed how it plans to put more money back into circulation, with the Finance and Planning minister, Dr Mwigulu Nchemba saying a total of Sh5 trillion will be injected into the economy to stimulate economic activities.

Gracing an event to change the name of the TPB Bank to Tanzania Commercial Bank (TCB), Dr Nchemba said Sh1 trillion of that sum will directly go into circulation through payments of arrears to suppliers and services providers.

“We have plans to make sure we provide enough money to government service providers – and, if everything remains unchanged, we are determined to provide no less than Sh1 trillion to help those companies that were struggling following the government’s failure to pay them on time,” he said.

The remaining Sh4 trillion, he said, will be spent on financing development projects at the grassroots level, including water drilling, improving rural and urban roads, as well as renovating and building health-care and education facilities where local contractors will be engaged.

This will be a shift from the existing scenario whereby the bulk of development expenditure goes to foreign companies that are currently executing mega infrastructure projects across the country.

According to him, the new levies for mobile money transfers that were recently passed by the just-ended Parliament would prove a challenge in the early days. But, following the government’s decision, the cash flow would increase – and the money would reach the people as soon as possible.