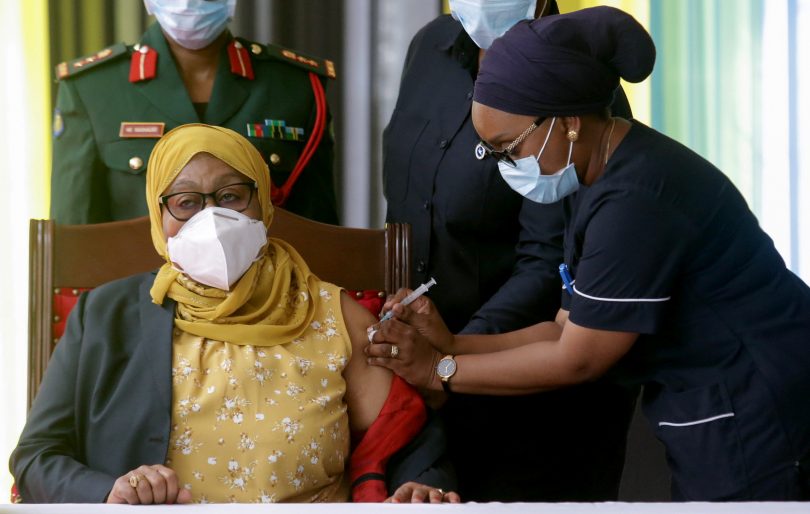 Speaking before taking the vaccine, President Samia said that the vaccine is safe, and that many Tanzanians have shown their readiness to receive vaccination.

“Many have accepted to be vaccinated while a few have rejected, I have received many messages asking when we will start vaccination. We will make sure that whoever is willing to get vaccinated gets the jab,” stressed the head of the state.

She said she was aware that there were some Tanzanians who had taken the vaccine elsewhere due to their travel requirements because without it they would have jeopardized their ability of doing business.