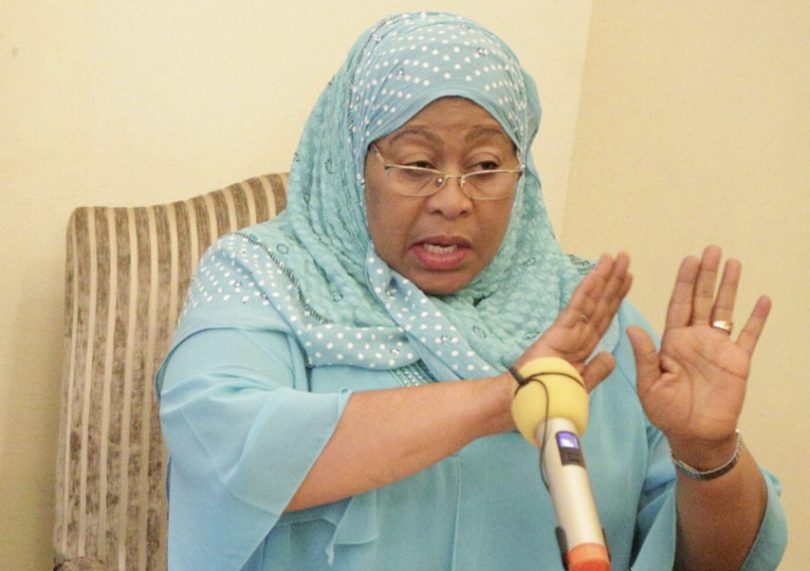 The President of Tanzania, Samia Suluhu Hassan yesterday trashed the misinformation being peddled against Covid-19 vaccines, urging Tanzanians to adhere to science in protecting human health and life.

Speaking shortly before she received an injection of the Janssen Covid-19 vaccine to officially launch the nationwide vaccination programme, President Samia Suluhu Hassan said she was the mother of four, a grandmother, a wife – and, above all the President. Head of State and Commander-in-Chief of the Armed Forces. As such, she said, there was no way she would put the lives of Tanzanians at risk.

The start of the roll-out of the vaccination comes four days after Tanzania received its 1,058,400 doses of the Janssen Covid-19 vaccine on Saturday (July 24, 2021) at the Julius Nyerere International Airport in Dar es Salaam by Health minister Dorothy Gwajima and Foreign Affairs minister Liberata Mulamula from the US ambassador to Tanzania, Mr Donald Wright.

The programme also comes on the backdrop of negative sentiments touted by some influential individuals, and emanating from Tanzania’s prior stand on Covid-19 vaccines.

By taking the jab, President Hassan took a completely different approach from that of her predecessor, the late President John Magufuli, who had openly cast doubts on the safety of masks and vaccines.

In line with the past thinking, cleric-cum-politician Josephat Gwajima castigated the Covid-19 vaccines in a statement that was widely condemned by people across the board.

Yesterday, President Hassan reiterated that the vaccines would be administered on one’s own volition, noting however that the country would import more vaccines through a special arrangement under the African Union (AU).

“We have already placed an order with the AU through our own funding, that we have specially set aside,” she said.

“I’m grateful that through the US government we were able to receive the vaccinations while at the same I am also happy with the committee in charge of the pandemic that is working day and night to ensure everything goes well,” she said.

The Head of State hailed those that had joined her to launch the vaccination, because they would show Tanzanians that the jabs were safe.