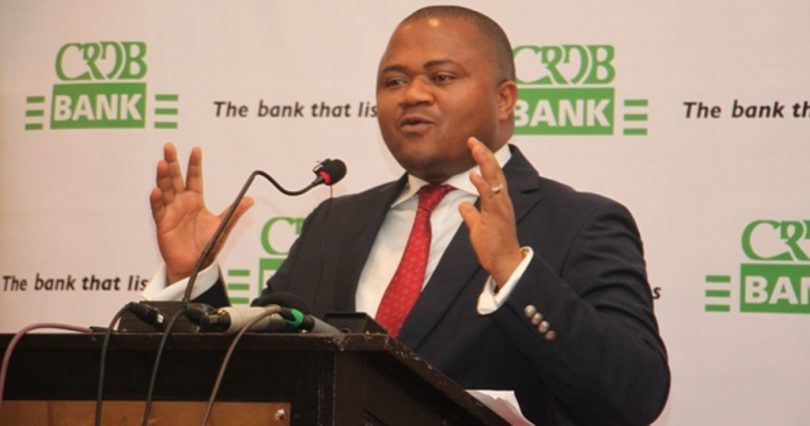 CRDB Bank Plc said recently that it was able, willing and ready to finance construction of the next Standard Gauge Railway (SGR) phases if the government agrees.

The bank’s managing director, Mr Abdulmajid Nsekela, said at the weekend that after participating in financing of the first and second sections of the project, the lender was willing to do the same for the remaining parts.

CRDB has so far invested over Sh250 billion to facilitate smooth operation of the project through issuance of guarantees for Yapi Merkez.

It has also financed the operations of local sub-contractors and suppliers to ensure that work does not stop.

“We have participated in lots 1 and 2, and are ready to also finance lots 3 and 4 if need arises,” Mr Nsekela said at the weekend when the Bank’s board of directors and senior management toured the project to get a firsthand account of its progress.

Over 90 percent of construction work of the Dar es Salaam to Morogoro SGR is completed.

“This train will have the capacity for 35 tonnes and its speed will be 160km an hour. It is modelled on the European system, and a train from Europe can operate on this single line system,” Engineer Tizzy said. She also said that the electric installations, communication systems and passenger ticketing system are at different stages of completion – all averaging above 80 percent, hence meeting the client’s deadline.

“The Dar-Morogoro lot will have six stations only as per Tanzania Railway Corporation’s specifications,” she said, adding that a majority of the project’s employees are Tanzanians who are gaining skills from Yapi Merkezi and Mota-Engil Engenharia of Portugal.

Ms Tizzy noted that, while 20 percent of the project’s workers were supposed to be expatriates, the number of locals has since increased, thanks to stringent work permits issuance.

She said the Tanzanian SGR has a bigger capacity compared to Kenya’s which has an axle load of only 25 tonnes. “This means Tanzania’s SGR can carry more freight and people than Kenya’s,” she noted.

CRDB Board Chairman Ally Laay and MD Nsekela queried why there are only six stations between Dar and Morogoro, also the cost of constructing the overpass over Nkrumah Road which was later demolished.

Project Manager Giray Kumas said the six stations are as per TRC’s specifications, while demolition of the Nkrumah Road overpass hardly increased project costs. “This structure had to be demolished because of a number of factors in the crowded area which has a lot of different infrastructure systems,” Kumas said.