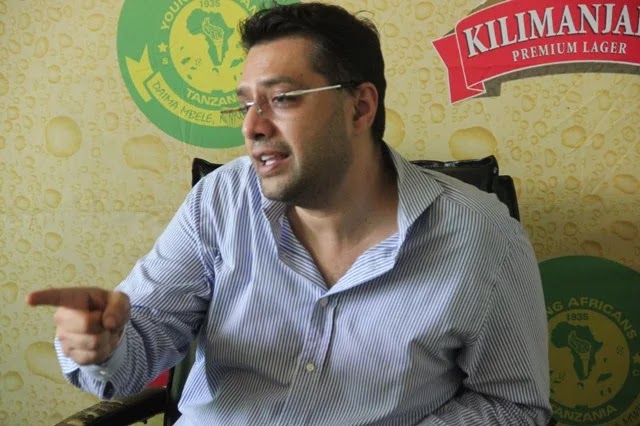 Businessman Yusuf Manji has reportedly left the country after almost a month’s stay after he was arrested and interrogated by Prevention and Combating of Corruption Bureau before he was released on bail.

According to sources close to the former Young Africans sponsor, the businessman left the country early July heading to South Africa where he has been to date with further reports suggesting that it could take a while before he returns.

Speaking to Citizen on Sunday on condition of anonymity, one of the businessman’s close associates said; “He left in July and is currently in South Africa.”
“He has decided to leave the country for a while but his son is still in the here.”
He explained that while in South Africa, Manji continues with his business insisting that he can return to the country any time but not for now.

On August 1, the Director General of PCCB, Salum Hamduni told Mwananchi that investigations against Manji were still underway but he was allowed to travel outside the country.

“We are still conducting our investigations and as you know he is out on bail that does not stop him from travelling,” said PCCB’s DG Hamduni , adding that he was not aware whether had travelled or not.

Manji, left the country in 2018 only to return on June 1, 2021 where he was arrested upon his arrival at the Julius Nyerere International Airport and held for several days by PCCB.

Earlier in June,  PCCB’s DG Mr Hamduni,  said the businessman was being investigated  over three issues relating to his past business dealings in Tanzania.
Mr Hamduni said before Manji left the country, there was a probe that revealed some tax evasions involving two of his companies: Inter-trade Commercial Ltd Services and the Golden Globe International Services Limited.

“His company was trading with Tanzania Electricity Company (Tanesco) between 2011 and 2015, and is accused of causing losses to the government by evading value-added tax and some other fraud related deals,” said Mr Hamduni.

He noted that through another firm – Golden Globe – Mr Manji is alleged to have committed fraud in the purchase of shares of Tigo Tanzania.