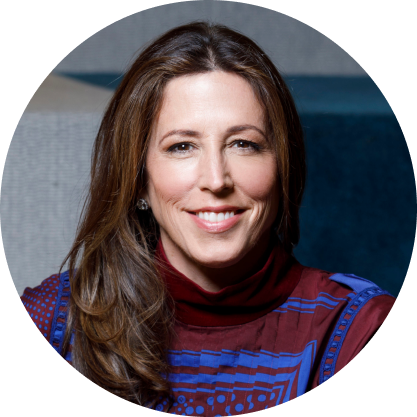 Here are the 15 newcomers on Forbes’ 2021 list of America’s Richest Self-Made Women.

The first-time billionaire started out as an options trader in Chicago, then cofounded options trading firm Peak6 with the man who later became her husband. They have since funneled the profits from trading into more than a dozen businesses. The star investment.

Seidman-Becker is chairman and CEO of Clear Secure, which helps people speed through security checkpoints using identification technology. A former hedge fund manager, she and a colleague bought Clear’s predecessor out of bankruptcy in 2010 for $5.9 million; it is now in 38 airports and 26 venues nationwide.

Zatlyn cofounded web infrastructure and security company Cloudflare in 2009 and helped take it public a decade later. Today, the  rm says it blocks 70 billion cyberthreats a day for more than 4 million customers. With the stock near record highs, Zatlyn, who owns 5% of the company, briefly became a billionaire in early July.

Lopker founded software company QAD Inc. in 1979. She debuted on The Forbes 400 list 25 years ago as America’s richest self-made woman. A year later, she took her company public and soon fell out of the ranking. Since September 2020, QAD shares have doubled in value, and in June, private equity firm Thoma Bravo announced plans to acquire QAD Inc. for $2 billion, a 10% premium to its value.

After failing to find comfortable and stylish scrubs for a friend at a medical supply store, the former handbag designer set out to develop some herself. Founded in 2013 with Trina Spear, Figs saw its revenue more than double to $263 million in 2020 as its customers—essential workers—found themselves on the frontlines of the pandemic.

When Spear met Heather Hasson through a mutual friend in 2012, she wasn’t planning on leaving her successful asset-management job at Blackstone. But days later, she flew to Los Angeles to discuss Hasson’s idea for a fashion-focused, functional line of scrubs, and less than six months later, she liquidated her 401(k) to cofound the business. She is co-CEO of Figs, which went public in May.

After seven years as an executive at Amazon Web Services, the tech giant’s cloud services provider, Henry joined payments processor Square in 2014 and quickly rose to lead its Seller division. She has transformed the product from a piece of hardware—the ubiquitous “little white reader” many businesses use—into a system with software to help businesses manage payroll, loyalty programs and marketing.

In the struggle to attract and retain frontline workers, companies like Chipotle and Walmart rely on Guild Education, which Carlson founded in 2015, to create benefit programs to help employees get free degrees. In its latest funding round this spring, the company’s valuation tripled to $3.75 billion.