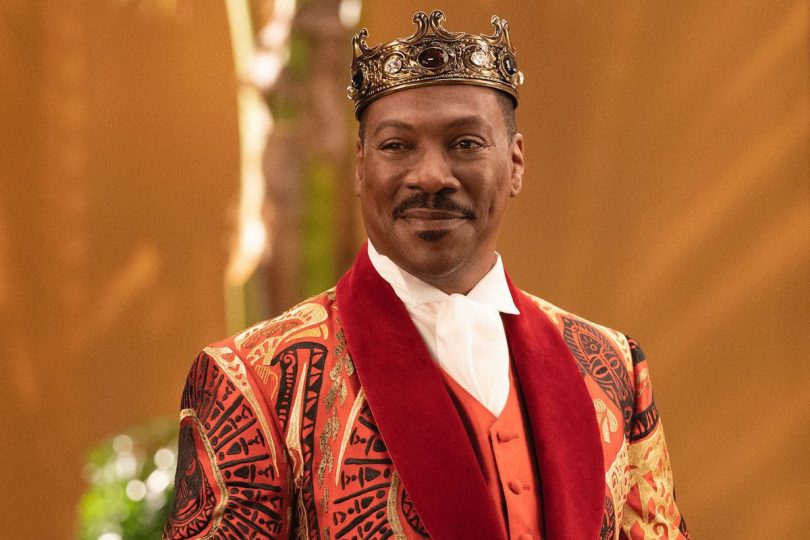 We could all benefit from a little extra laughter these days because 2020 was, well, you know, very 2020. The good news is that despite Covid-related production delays, 2021 is not disappointing when it comes to new funny movies. Here, we’ve compiled a list of the best comedies of 2021 so far. Check them out and be prepared to laugh your pants off:

This new Kristin Wiig film will be sure to make you LOL. The movie begins when to women, Barb and Star, decide to leave their Midwestern homes for the first time. Watch this outlandish comedy unfold as the two find themselves falling in love while getting tangled up in an evil villains plan to kill everyone in the town.

Thunder Force has arrived and they are not your typical heroes. After childhood best friends Melissa McCarthy and Octavia Spencer reunite, they hit the streets as a crime fighting duo when one develops a formula that can give ordinary people superpowers.

Are you a prankster looking for some inspiration or just a good laugh? Join Eric Andre on his Bad Trip and watch as he travels across America in this extravagant expression of practical comedy. With a mix a scripted comedy and hidden camera pranks Bad Trip is guaranteed to have you on the floor laughing.

4. To All The Boys: Always and Forever.

Laura-Jean and Peter have returned to our screens once more. This time, though, your favorite couple is tasked with planning their future. Watch as the two try to navigate the final days of high and choosing the right college. Will they spend the next four years together?

The iconic animated duo is coming at you live. When Jerry Mouse takes refugee in the Royal Gate hotel Tom Cat teams up with Kayla an employee to drive him away. Starring Chloe Grace Moretz, the two must work together to exterminate Jerry before the day of a big wedding arrives.

The race is on! Straight -laced high school student Sunny and her slacker best friend Lupe only have 24 hours to hunt down a Plan B pill in America’s heartland after a regrettable first sexual encounter. Will they secure the pill they need before the clock runs out? Only time will tell.

We finally learn the story behind the infamous Cruella Devil in Disney’s Cruella. A young Estella has dreams of becoming a fashion designer and when she finally gets her chance to work with fashion legend Baroness von Hellman she begins to embrace her wicked side as Cruella when she learns an ugly truth.

The long awaited sequel to one of Eddie Murphy most iconic movies finally here. Coming 2 America picks up right where the original left off following the African monarch Akeem must return to America after learning that he has a long-lost son in the United States.

9. Raya and the Last Dragon.

From the people that gave you Elsa and Mona, I introduce you to Raya. Starring the always hilarious Awkwafina, Raya a lone warrior must track down the last dragon in order to restore peace in her land.

10. The Spongebob Movie: Sponge on the Run.

The beloved underwater duo has returned and this time they are in for one epic adventure. After Gray has been taken by Poseidon Spongebob and Patrick find themselves in the mystical land of Atlantic City on a mission to save Gary.