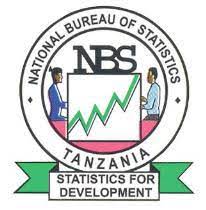 Tanzania’s inflation rate reached 3.8 percent in July: the highest level to have been registered in a period of 19 months.

The last time that the annual headline inflation rate was quoted at 3.8 percent was in December 2019 when it remained at the same level recorded in November 2019.

The National Bureau of Statistics (NBS) said yesterday that the increase in the speed of price rises in July was primarily on account of skyrocketing prices of food items and non-alcoholic beverages.

Food and Non-Alcoholic Beverages Inflation Rate for the month of July 2021 increased to 5.1 percent from 4.7 percent that was recorded in June 2021.

The annual inflation rate for all items – except food and non-alcoholic beverages – increased to 3.3 percent in July, from 3.2 percent registered in June.

The increase in the overall index was mainly attributed to price increases for some non-food items.

Some non-food items that contributed to the increase of the index include kerosene (by 5 percent), charcoal (1.3 percent), diesel (5.1 percent) and petrol, 5.4 percent.

On July 1, the government adjusted fuel prices upwards in an attempt to collect a Sh100 fuel levy on every litre of petrol, diesel and kerosene to partly finance the Sh36.68 trillion government budget for the 2021/22 financial year.

In line with rising global prices for fuel, the Energy and Water Utilities Regulatory Authority (Ewura) finally raised the July 2021 retail prices of petrol, diesel and kerosene by Sh156, Sh142 and Sh164 per litre respectively for the products imported through the country’s largest port, Dar es Salaam.

SIMILAR: How to activate windows 10 without product key free 2019

Meanwhile, a comparison of inflation rates across the region shows that the neighbouring countries of Kenya and Uganda within the East African Community (EAC) also recorded a slight increase in the percentage of price changes.

The annual inflation rate in Uganda edged upwards, to 2.1 percent in July 2021 – up from two percent in the previous month.

Observers say this was mainly due to a smaller drop in housing and utilities (-0.9 percent as against -1.5 percent in July), and a rebound in the cost of food and non-alcoholic beverages (0.7 percent versus -1.6 percent).