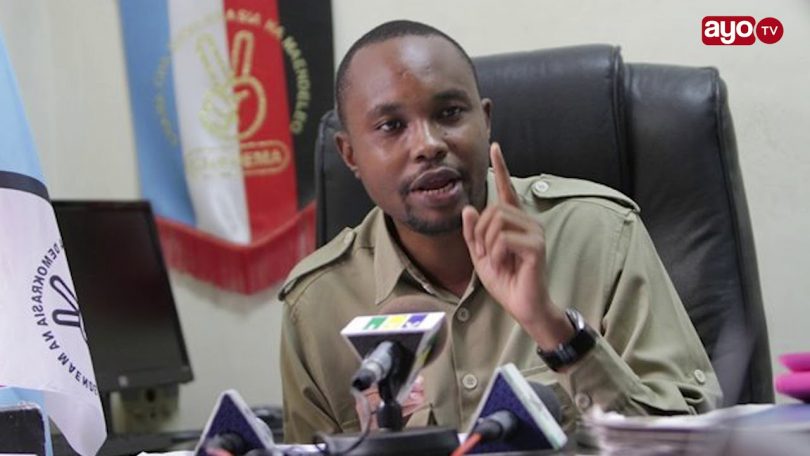 The leading Opposition Chadema yesterday said it would take court action against statements made by President Samia Suluhu Hassan while talking about the case facing its chairman Freeman Mbowe during an interview with the British Broadcasting Corporation (BBC) on Monday.

The party claimed that in the interview that was held at Statehouse in Dar es Salaam, President Hassan spoke words with potential to interfere with the matter pending in court.

During her interview with BBC Swahili’s journalist Salim Kikeke, President Hassan among other things said that the investigation into the allegations against Mr Mbowe began in September last year and clarified that the charges against the opposition leader were not politically motivated.

President Hassan said she was aware that charges of terrorism and economic sabotage were filed in September last year, and that other accused had been taken in since then.

She added that investigations against Mbowe in the charges had not been completed yet when the case started.

“We went into the general election and finished. Now that the police have completed the investigations they need to proceed with their work,” said the President, adding that Mr Mbowe was not in the country for most of the time after the elections, as he was in Nairobi in Kenya.

“But, immediately after he returned, he called for constitutional protests. It may have been a calculated move for his party knowing fully that with his calls to the new constitution, and when he got arrested, it would be thought that his arrest was due to the constitution matter,” said President Hassan.

Chadema general secretary John Mnyika told journalists yesterday in Dar es Salaam that in all the areas where the President touched on Mr Mbowe’s case, the party had instructed its lawyers in charge of the case to take appropriate action on statements.

“On August 13, 2021 when the case of economic sabotage against Mr Mbowe will be read again in court, the public will learn the legal action that will be taken following the statements made by the President,” he said.

However, a political analyst based in Dar es Salaam, Dr Fumbuka Mwakilasa, observed that it would be good if politicians and leaders would refrain from commenting on cases going on in court so as not to provoke resentment to the involved parties in the case.

“This is a very serious case involving a major opposition leader in the country, anyone commenting on the case must be very careful not to be quoted as giving a court order, this is what Chadema has seen in the President’s statement,” he told The Citizen by telephone.

He said it was possible that the President may have been giving a fair comment on what she knew about the case based on the interviewer’s question, while Chadema had on the other side, been on a lookout for any reason that would help them save their chairman amid economic sabotage and terrorism allegations he was facing.

“They were waiting for the President’s statement regarding their chairman very eagerly and that is why when the President responded to what she knew about the matter, they found something to lean on,” said Dr Mwakilasa.

He stressed that in the current context of the case, politicians and national leaders should refrain from making public statements that might suggest interfering with court decisions, “let the court decide the case, because it is already in its realm.”