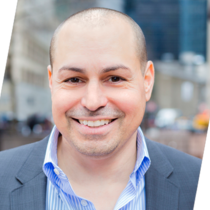 When your doctor writes a prescription for medication, A.J. Loiacono thinks that one of the biggest mysteries in life is how the pharmacy arrives at the price you end up paying.

“I spent eight years trying to unlock this mystery from the procurement and audit side, and I couldn’t,” he says. “I couldn’t change the way drugs were priced or patients were serviced.”

It was at that point, in 2017, that he decided “enough’s enough.” Loiacono and two of his colleagues, Joseph Alexander and Ryan Kelly, founded pharmacy benefit manager Capital Rx with a goal of offering more transparency (and lower prices) for prescriptions. To that end, his company announced Wednesday that it now has a consumer prescription card, Capital Rx Advantage.

This card can be obtained by anyone to buy medication at a price the company says is lower 80% of the time compared to its competitors. What’s more, Loiacono says, is all the customers who use the card get the same price, which is unusual for the industry.

The company earns money by charging a flat 99-cent fee per transaction. Other cards charge between $4 and $36, according to healthcare law firm Frier Levitt.

This maze of hidden fees and unknown charges plagues the pharmaceutical industry, and over the past few years everyone from the insurance industry to Congress has attempted to bring some clarity to the process, for which pharmacy benefit managers (PBMs) do the lion’s share of the work.

“The pharmacy may buy their inventory and stock their shelves,” Loiacono says. “But they’re not setting the price.”

But it’s not always easy to figure out where drug prices come from, says Loiacono. That’s thanks to some of the convoluted connections between insurers, plan providers, suppliers and pharmacies.

“When I read my first PBM contract, I was like, ‘Is there an amendment? Is there a schedule? Where are the drug prices?’ Because if you’re coming from manufacturing and the supply chain, everything has a price. And my colleagues on the payer side would be like, ‘We don’t have drug prices. We have descriptions of pricing.’ It’s almost funny to say out loud.”