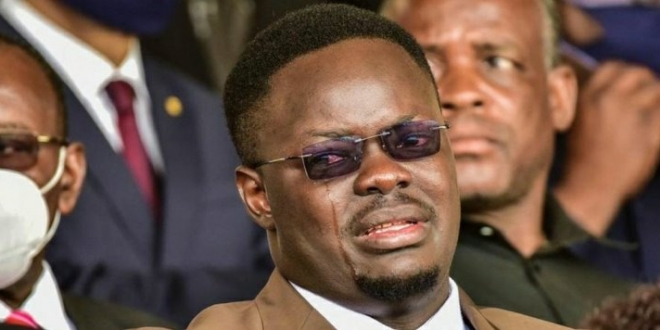 Former Hai District Commissioner, Lengai Ole Sabaya has on August 13, 2021 at the Arusha Resident Magistrate’s Court said the late President John Magufuli, current Vice President and former minister of finance Dr Philip Mpango and Bank of Tanzania  governor were aware of the operation he was conducting in Arusha.

Sabaya said this when he started his defence before Senior Resident Magistrate Odira Amworo that what he was doing in Arusha on February 9, 2021 was not the first operation ordered by the late President Magufuli.

Sabaya and his co-accused Sylivester Nyengu, 26, aka Kicheche, and Daniel Mbura, 38, are alleged to have committed an armed robbery on February 9, this year, at a shop belonging to Mohamed Saad in Bondeni, Arusha.

On June 4, this year, Sabaya and five others were arraigned at the Arusha Resident Magistrate’s Court where six charges were read against them before two different magistrates.

The charges are armed robbery, money laundering, economic sabotage, leading a criminal gang, and demanding and receiving a bribe.