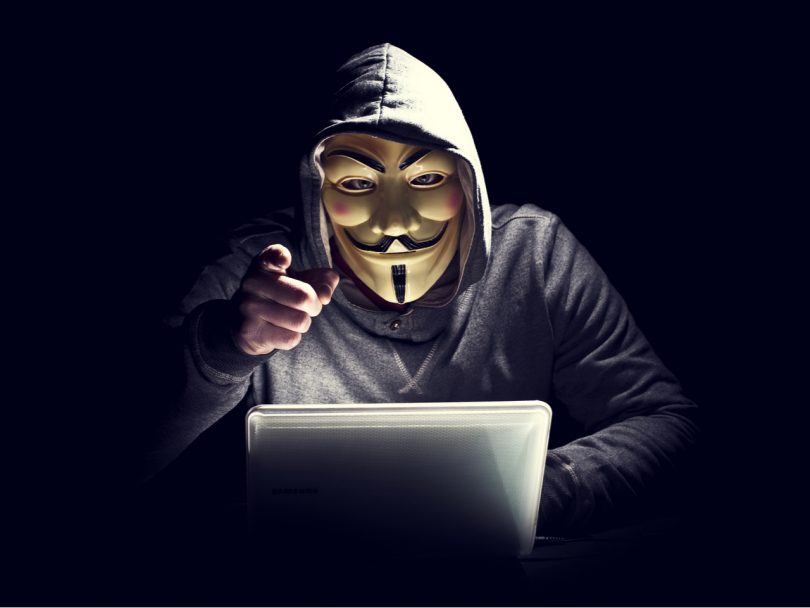 Computer hacking is the act of identifying and exploiting system and network vulnerabilities in order to obtain unauthorized access to those systems. Not all hacking is malicious. Here’s a look at the top ten most notorious hackers of all time:

A seminal figure in American hacking, Kevin Mitnick got his career start as a teen. In 1981, he was charged with stealing computer manuals from Pacific Bell. In 1982, he hacked the North American Defense Command (NORAD), an achievement that inspired the 1983 film War Games. In 1989, he hacked Digital Equipment Corporation’s (DEC) network and made copies of their software.

Anonymous got its start in 2003 on 4chan message boards in an unnamed forum. The group exhibits little organization and is loosely focused on the concept of social justice. For example, in 2008 the group took issue with the Church of Scientology and begin disabling their websites, thus negatively impacting their search rankings in Google and overwhelming its fax machines with all-black images.

In 2001, 20-year-old Adrian Lamo used an unprotected content management tool at Yahoo to modify a Reuters article and add a fake quote attributed to former Attorney General John Ashcroft. Lamo often hacked systems and then notified both the press and his victims.

According to the New York Daily News, Gonzalez, dubbed “soupnazi,” got his start as the “troubled pack leader of computer nerds” at his Miami high school. He eventually became active on criminal commerce site Shadowcrew.com and was considered one of its best hackers and moderators. At 22, Gonzalez was arrested in New York for debit card fraud related to stealing data from millions of card accounts.

Matthew Bevan and Richard Pryce are a team of British hackers who hacked into multiple military networks in 1996, including Griffiss Air Force Base, the Defense Information System Agency and the Korean Atomic Research Institute (KARI). Bevan (Kuji) and Pryce (Datastream Cowboy) have been accused of nearly starting a third world war after they dumped KARI research onto American military systems.

Jeanson James Ancheta had no interest in hacking systems for credit card data or crashing networks to deliver social justice. Instead, Ancheta was curious about the use of bots—software-based robots that can infect and ultimately control computer systems. Using a series of large-scale “botnets,” he was able to compromise more than 400,000 computers in 2005.

In February 2000, 15-year-old Michael Calce, also known as “Mafiaboy,” discovered how to take over networks of university computers. He used their combined resources to disrupt the number-one search engine at the time: Yahoo. Within one week, he’d also brought down Dell, eBay, CNN and Amazon using a distributed-denial-of-service (DDoS) attack that overwhelmed corporate servers and caused their websites to crash. Calce’s wake-up call was perhaps the most jarring for cyber crime investors and internet proponents.

In 1983, a 17-year-old Poulsen, using the alias Dark Dante, hacked into ARPANET, the Pentagon’s computer network. Although he was quickly caught, the government decided not to prosecute Poulsen, who was a minor at the time. Instead, he was let off with a warning.

Poulsen didn’t heed this warning and continued hacking. In 1988, Poulsen hacked a federal computer and dug into files pertaining to the deposed president of the Philippines, Ferdinand Marcos.

Using the alias cOmrade, Jonathan James hacked several companies. According to the New York Times, what really earned James attention was his hack into the computers of the United States Department of Defense. Even more impressive was the fact that James was only 15 at the time. In an interview with PC Mag, James admitted that he was partly inspired by the book The Cuckoo’s Egg, which details the hunt for a computer hacker in the 1980s.

This hacker differs from the others on this list in that he has never been publicly identified. However, according to the Daily Mail, some information has been released about ASTRA. Namely that he was apprehended by authorities in 2008, and at that time he was identified as a 58-year-old Greek mathematician. Reportedly, he had been hacking into the Dassault Group, for almost half a decade. During that time, he stole cutting edge weapons technology software and data which he then sold to 250 individuals around the world.

Some of these top hackers aimed to make the world a better place, others to prove UFO theories. Some wanted money and others hoped for fame. All these people played a critical role in the evolution of the internet and cyber security.