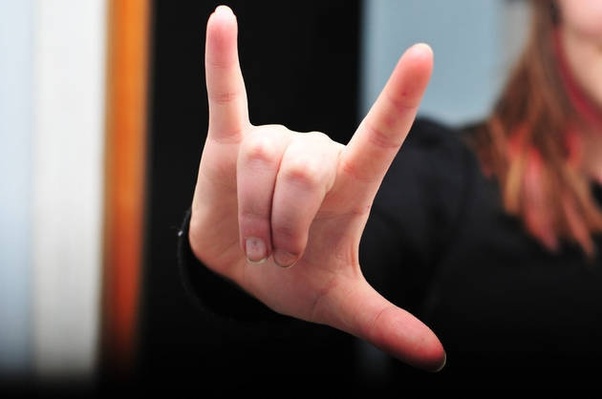 Just as slang words, table manners, and other common customs vary greatly from nation to nation, so do rude gestures. Here are some surprising hand motions you’ll want to be careful about making in certain countries.

The following are the Common Hand Gestures That Are Rude in Other Countries:

What might seem to Americans like a universally positive gesture is not, in fact, universal. “Unfortunately, in Iran and neighboring countries like Afghanistan, the thumbs-up is equivalent to the middle finger!” explains Dana Hooshmand, an author for Discover Discomfort, a language- and culture learning resource. In America, the middle finger is the profane one; in Iran, it’s the thumb.

All over the world, people hold up their second and third fingers to declare, “Peace!” But if you do it in the United Kingdom—in a certain way—you might instead be inciting a skirmish. If your palm is facing away from you, it’s harmless—in fact, Winston Churchill used it as a “V for victory” gesture quite a bit during World War II.

3. Malaysia: Pointing with your index finger

As a little kid, you may have been chastised that “it’s rude to point!” especially if you dared pair the gesture with laughter. But, while it can be inconsiderate in the United States in certain circumstances, an index-finger point is always rude in Malaysia.

Here’s another commonly “positive” one, like the thumbs-up, that can potentially ensnare American tourists. While it represents an “O” and a “K” in the U.S.A., it “describes a malodorous body part” in the South American nation, according to travel blogger Talek Nantes. She says that it is similarly insulting in some Middle Eastern nations.

In the United States, patting someone’s head (especially that of a baby or little kid) can be a sweet, loving gesture, and ruffling someone’s hair is a playful one (that perhaps could offend a particularly vain person). But in Thailand, it can be a serious offense, Nantes says. The head “is considered the most sacred part of the body,”

While in the United States, you’ll find no shortage of lefty pride, southpaws will want to be careful about using their left hand as they normally would should they travel to India or the Middle East. Why? Well, because there, the right and the left hands have specifically designated tasks. “The right hand…is used for eating, passing money, or picking up items for purchase,”

7. Taiwan: Pointing at the moon

According to this Taiwanese superstition, doing this won’t offend an Earthbound person but instead will incur the wrath of the moon goddess. Her punishment for this affront is very specific: She’ll cut your ear off, or at the very least maim it Van Gogh–style. So if you’re admiring a beautiful full moon in Taiwan, endeavor to keep your hands by your sides.