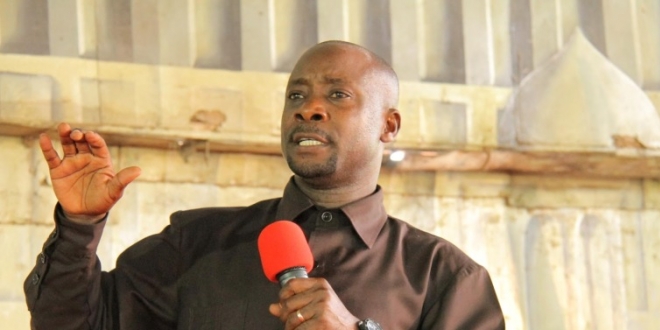 Kawe MP Josephat Gwajima has arrived in Parliament where is expected to be grilled by the Parliamentary Privileges, Ethics and Powers Committee.

A rather relaxed Gwajima was ushered into a rooom at around 12:36pm where he was escorted by a uniformed police officer.
The cleric-cum politician who has been in the headlines lately joins a list of prominent figures that have separately been interrogated by the committee.

Preaching during a Sunday Mass at his Dar es Salaam Church yesterday, Bishop Gwajima admitted to having been summoned and pledged to appear before the committee.

This afternoon in Dodoma, the bishop is facing the committee chaired by the Tabora Constituency MP Emmanuel Mwakasaka who is assisted by Ms Stella Ikupa (Special Seat-CCM).

But, Bishop Gwajima will be questioned by a committee of 24 members.
It is the same Committee that questioned Prof Assad on January 21, 2019 allegedly for his ‘weak Parliament’ remarks which the Speaker considered to be disrespectful to the legislature.

Prof Assad was quoted by the United Nations’ Kiswahili Service saying audit reports – portrayed that some money had been misused in some areas – that were to be worked on by the Parliament.

However, he said whenever no actions were taken then it was the weakness of the Parliament.
The then Chadema MPs, Ms Mdee and Lema were also grilled by the committee on January 22 and April 4, 2019 respectively for voicing support for Prof Assad.

Mr Masele, the former deputy minister was also interrogated on May 20, 2019 over alleged “indiscipline.”
He was summoned from South Africa for grilling over unspecified accusations levelled by the Speaker Job Ndugai.

However, he told journalists after interrogation that his role in PAP had something to do with it, maintained his innocence and expressed hope that justice would be dispensed.

September 12, 2017, Mr Ndugai ordered the committee to question ex-Kigoma Urban lawmaker, Mr Kabwe over remarks that handling gemstones business and mining probe reports to the Executive had compromised the powers of the House.
He was quoted as suggesting that the committees’ reports had to be tabled in Parliament instead of the Executive.

“Did you suggest anywhere and pass a resolution to form the two committees? It should be remembered that these are different from the standing committees which are guided by the standing orders,” Mr Ndugai was quoted as saying.
In another incident, former Dar es Salaam RC, Paul Makonda was on March 29, 2017 questioned by the same Committee allegedly for saying the MPs were sleeping in Parliament something that was considered to have lowered the House’s reputation.