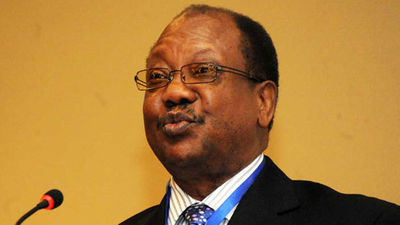 The President of the Tanganyika Law Society (TLS), Dr Edward Hoseah, has said there is nothing wrong for people to demand a new constitution and that it is high time authorities issued guidelines on the fate of the claim.

Giving his personal opinion, Dr Hoseah said Tanzanians, who demand the mother law and those who do not, should also know that a new constitution cannot and will never be the solution for every problem facing the country or its individual citizens.

“There is nothing wrong in people asking for a new constitution. No crime, it is their opinion, and this country allows people to express their views,” said Dr Hoseah in an interview, emphasising many things that need to be considered.

“The new constitution cannot be the answer to every problem. It’s impossible. Look at Kenya, they got a new and good constitution, but their problems are still there and they want to change some provisions.

“When you get a new constitution, it does not mean that you have solved every problem. You will reach a point where you will realize that the current opinions are no longer valid,” he said.

Dr Hoseah said the time has come for the top authorities in the country to provide guidance that will help bringing the issue to an end.

“This debate cannot end without reaching the point where the top authority has said ‘OK, I have heard, now let’s follow this process’. That is my argument that top authorities have heard, and now should decide how to move from here.”

The comments of the veteran lawyer who once led the Prevention and Combating of Corruption Bureau (PCCB) come amid a new movement of political parties and human rights organisations to pressure the government to complete the process of getting the new constitution.