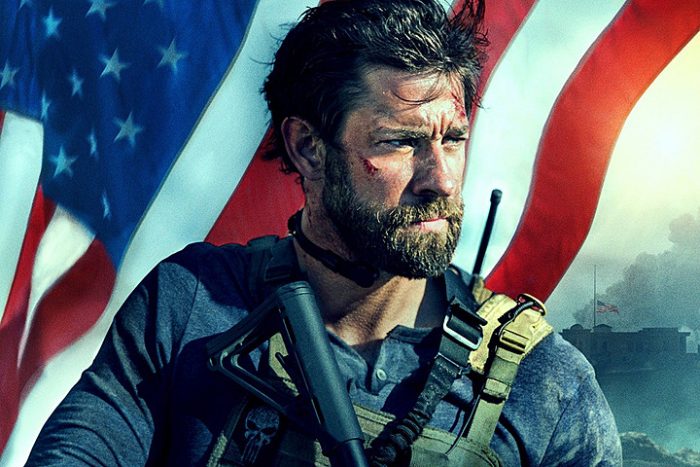 Horror fans get psyched, because there’s a new series directed by Mike Flanagan (The Haunting of Hill House, Doctor Sleep) coming to Netflix September 24. When the arrival of a charismatic priest brings mysterious miracles to an isolated island community, things seem too good to be true.

If you’re a fan of Hunger Games or Belko Experiment-style stories, this Korean series coming to Netflix September 17 is going to be right up your alley. Hundreds of cash-strapped players accept a strange invitation to compete in seemingly innocent games with a tempting prize at the end. Just a couple catches:

4. Saved by the Bell

All five seasons of the classic sitcom (before the reboot, that is) is coming to Netflix September 15, along with the spinoff, Saved by the Bell: The College Years, and the two Saved by the Bell movies, Wedding in Las Vegas and Hawaiian Style.

As a mystery lover who prides herself on guessing the ending of murder mysteries, I’ll say this: If you say you saw the ending of Clickbait coming, you’re a liar. The new limited Netflix series begins with the kidnapping of family man Nick Brewer. But what starts off as an apparent kidnapping case becomes more complicated when videos are released with him holding a series of signs.

Season 3 is coming September 8, so if you’re not familiar with this reality show setup, now is the time to get caught up. As if social media isn’t stressful enough, let’s put $100,000 on the line. In The Circle, contestants are isolated in their own apartments, and can only communicate to the other contestants via a social media app.

Ji-Yoon (Emmy winner Sandra Oh) is the new chair of the English department at prestigious Pembroke University, but the promotion isn’t as dandy as it seems. As the first woman to chair the department, and one of the few staff members of color at the university, she’s faced with an absolute PR nightmare—a fellow professor has been accused of improper behavior with a student, and based on the trailer, he may be romantically involved with Ji-Yoon herself.

Get excited, because Season 4 is coming September 22. Set at a progressive, supposedly post-racial Ivy League–esque college, this show—part comedy, part drama—follows a group of students of color as they navigate the everyday slights and microaggressions on a campus filled with white students who claim not to be racist. From a blackface party to campus security aggression, the series examines many different situations and how they affect black people

Looks like the trending hashtag #SaveManifest worked, because Netflix recently renewed the hit NBC mystery series for a fourth and final season. The story, which follows a group of passengers on a flight missing for five years that suddenly reappears, has made a huge splash on social media and sailed high in the Top 10 on Netflix for several weeks. A lot can happen in five years, which means most of their spouses have moved on, kids have grown up, and parents have passed away, making their return to society more unimaginably difficult.

For a bit of suave, dark humor, turn to Lucifer, which follows the fallen angel as he starts fresh in L.A. The devil himself becomes a consultant for the police, and the balance of good-vs.-evil morality concerns and procedural drama (plus a little romantic tension for good measure) will keep you hooked through every episode. The final season is being released on September 10, so there’s even more content to enjoy.