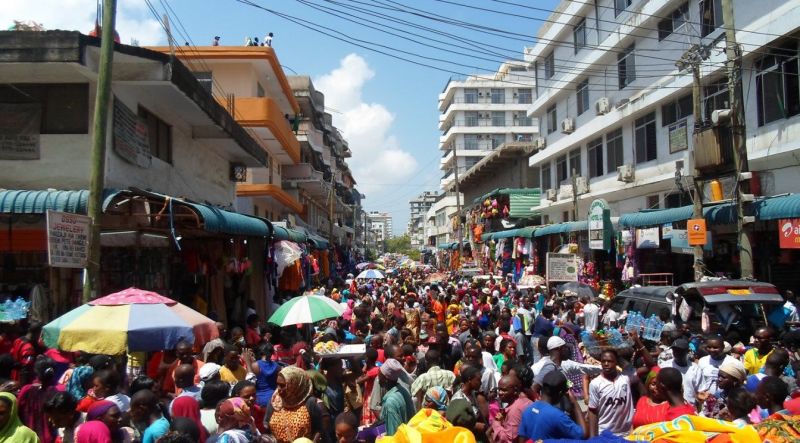 Machingas in Kariakoo area of Dar es Salaam are now looking for new strategies to remain in business as the government’s deadline for their relocation expires.

The petty traders, popularly known as “Machingas,” were to relocate to designated locations by the end of last October.

But, although a good number of them moved to their new business locations, others were still seen in some streets in Kariakoo, but using a new system that made it difficult for them to be easily identified by law enforcers.

Some of them had resorted to putting their merchandise on the ground, instead of using the usual makeshift tents and tables on road pavements. They say that they were not ready to move their business elsewhere, and had instead opted to spread their merchandise on the ground, leving room for pedestrians, and the shops behind them accessible as well.

“We are not ready to go anywhere. That’s why we removed our makeshift huts, and lay our merchandise on the ground. By doing so, shop owners behind us can also get customers. But shifting from this location is unthinkable,” said a Machinga who sells second-hand shoes.

Another Machinga selling baby clothes said she would be ready to pay more than the Sh20,000 that petty traders currently pay per year to the government, But so long as they would be allowed to continue conducting their businesses at Kariakoo.

“We are willing to pay even Sh100,000 per year, to remain here. Even those that had moved away are already complaining that there is no business in the areas that they have moved to,” she said.

The national vice chairman of the Union of Petty Traders, Mr Stephen Lusinde, said he was not aware of the new system being applied by hawkers at Kariakoo. However, he revealed, discussions with the government were ongoing to ensure that they all get business slots in the newly-designated trading places.

“We will keep cooperating with the government, and we believe this is not the end of our cooperation with the leaders. There are some places at Kariakoo, including along Lindi Street, where there are some unoccupied areas that could be occupied by petty traders,” he said. Shop owners at Kariakoo are appreciative of the government’s decision to relocate the Machingas who, they say, were unfairly competing with them for customers.

“Their presence here was a burden to us. We sell the same products but while the Machingas do not pay rent and taxes, as well as electricity and water bills – all of which we pay – this means that their presence was creating an uneven playing field,” said a shop owner close to the Msimbazi Police Station who identified herself as “Mama Ali.”

President Samia Suluhu Hassan directed in September to find new trading areas for Machingas so that they would stop occupying road pavements for trading purposes. The President’s directive was based on the fact that the presence of informal businesses amidst traders who pay tax and rent had been a major concern for the business community because it creates unfair competition.

They were meat to have vacated the places on October 18 but the Dar es Salaam Regional Commissioner, Mr Amos Makala extended the deadline by 12 more days to October 30.