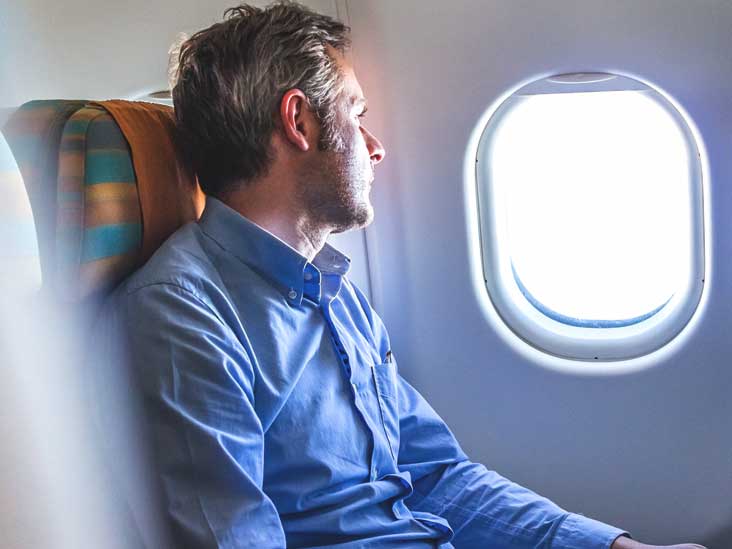 Water is our body’s mechanical oil—without it, it can’t function. You lose about 8 percent of your body water while on a flight. This is because the humidity in the climate-controlled environment can be as low as 10 to 15 percent.

‘Dehydration is a major issue when travelling by airplane,’ Yasmin tells us. ‘The problem arises due to spending long periods of time in a climate-controlled environment where the relative humidity can be as low as 10-15%, which is three times drier than the Sahara desert!’

‘In an average 10 hour flight, men can lose approximately two litres of water and women around 1.6 litres. This means that on a London to Sydney flight a passenger could lose up to 4 litres and 8% of their bodily water.’

And since research shows that spending six hours in a climate simulator that mimics conditions on a plane, leads to a significant decrease in hydration status, with around 2% loss in total body water content over this time, despite them drinking 400ml of water, it’s safe to say, flying is bad for hydration levels.